The Quebec Liberal Party’s chief organizer said Saturday he will not renew his mandate, an announcement that comes after the party’s historic defeat in the province’s Oct. 3 election.

Jean-François Helms said in a social media post that he informed Leader Dominique Anglade and party president Rafael Primeau-Ferraro of his decision on Saturday morning.

The announcement comes at the end of a tumultuous week for the Liberal party.

On Thursday, one of the party’s longest-serving members, Marie-Claude Nichols, was kicked out of the Liberal caucus after a disagreement over shadow cabinet positions.

Helms wrote little about the party’s performance in the election—which saw it receive its lowest share of the popular vote since Confederation — but said he would stay in his role until analysis of the result is completed.

“Out of respect for all of those who went to the front for us, we have the responsibility to learn from their experiences in order to improve ourselves. Starting with me,” he wrote.

“It is therefore crucial for me that a detailed report emerges from these post-mortems and that the information collected is used constructively to improve our practices, our planning, our organization and our vision and I intend to see this process through.”

Helms was Anglade’s chief organizer during her leadership campaign in the spring of 2020, a race that was cut short after the only other candidate dropped out and Anglade won by acclamation. Helms then quickly rose the party ranks, becoming the party’s chief organizer in July 2020.

In his post, Helms thanked Anglade and praised her “strength, determination, positivism and pragmatism worthy of a premier.”

He also called for unity in the party.

“With all my heart, I urge you to remain united. I wish you the best of luck and I hope you will succeed,” he wrote.

Lise Thériault, a former deputy premier, who did not seek re-election this year, described the expulsion as “unjust” and said Anglade had “created chaos” in the Liberal party.

Former Liberal health minister Gaétan Barrette, who retired from politics this year, said the sanction was “completely disproportionate” and would encourage Liberal supporters to question the party’s leadership.

While the Liberals remained Quebec’s official Opposition after this month’s election, only 21 of its members were elected, down from the 27 members it had when the legislature was dissolved. 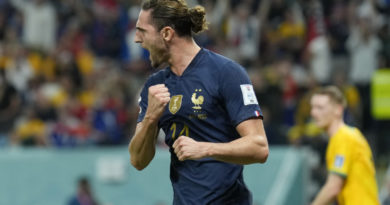 How to Strengthen the Mind-Body Connection

Snack and Drink Portions Being Reduced Due to Rising Inflation