Roger Stone made a bombshell revelation with his suggestion the U.S. government may have played a role in the Capitol protest on January 6. The former adviser to President Trump highlighted reports that claimed U.S. government agents were apart of organizing the takeover of the U.S. capitol in efforts to discredit and imprison American patriots.

Stone said he was in his hotel room at the Willard Hotel on January 6 when he received a call from Secret Service, who offered to escort him to the forefront of the march and straight into the Capitol. He narrowly evaded the trap by declining their offer.

What #RogerStone said was true, I was with him in his room, preparing to go speak at another event at the Capitol on Jan. 6th. We watched all of this unfold from the @WillardHotel where we were all staying. pic.twitter.com/VRqXE0ykNT

Stone went on to explain the latest narrative for the protest have been claims that he was the “mastermind” behind the January 6 event. He insisted he had no involvement and no information on the matter beforehand.

“I wasn’t there, didn’t know anything about it in advance, didn’t have any involvement whatsoever,” he asserted. “What’s happened in Spokane, in Seattle, in Kenosha, in Philadelphia, in D.C. was an orchestrated well financed insurrection.”

Former Green Beret Jeremy Brown recently came forward and said the FBI was infiltrating patriotic groups across the U.S. several weeks ahead of the Capitol protests. 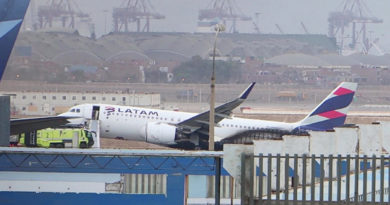