Secretary of State Antony Blinken speaks at a news conference, Wednesday, July 27, 2022 at the State Department in Washington. The Biden administration has offered a deal to Russia aimed at bringing home WNBA star Brittney Griner and another jailed American Paul Whelan. That’s according to Blinken, who also revealed that he had asked to speak with his Kremlin counterpart for the first time in months in hopes of expediting an answer from Russia. (AP Photo/Andrew Harnik)

Secretary of State Antony Blinken said he spoke with Russia’s foreign minister in an attempt to urge Moscow to accept the prisoner swap deal of detained Americans. Blinken said he and Sergey Lavrov spoke by phone Friday to negotiate the freedom of Brittney Griner and prior service Marine Paul Whelan.

The US is offering up a Russian convicted gun trafficker. Although Lavrov did not directly respond to the offer, he was open to hearing from Blinken ahead of the phone call.

“If we’re talking about a prisoner swap between Russia and the United States, then the foreign ministry has already commented that,” stated Lavrov. “This topic was discussed over a year ago during the Geneva meeting between Presidents Putin and Biden. There they agreed to authorize competent people to deal with these issues. The foreign ministry is not one of them. Nevertheless, I will listen to what he can say.”

I spoke with Russian Foreign Minister Lavrov today to press for the release of U.S. citizens Brittney Griner and Paul Whelan, who are wrongfully detained. I also urged Russia to honor its commitments regarding the export of Ukrainian grain. pic.twitter.com/6zrRd1rNGT

Blinkin and Lavrov’s phone call was the highest-level known contact between the US and Russia since Vladimir Putin invaded Ukraine on February 24. 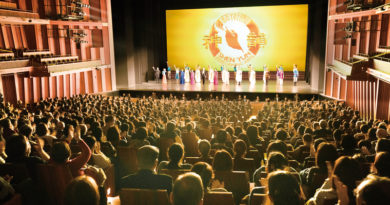 Our Souls Are Healed by Shen Yun, Says Japanese Audience