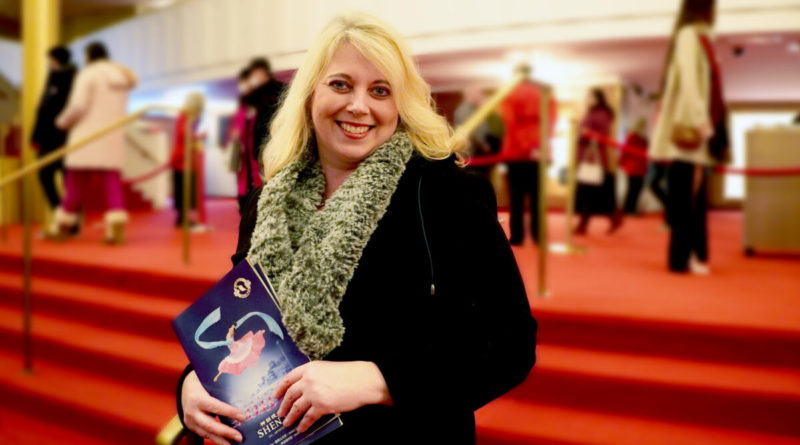 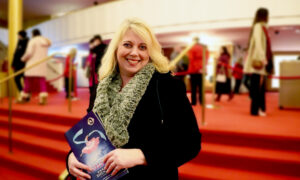 “Oh, it was amazing. Beautiful dancing, costumes, colors, movements, just a beautiful display,” said Beth Swankler, director of communications of a church. “It really was gripping. Just a lovely display.”

New York-based Shen Yun is the world’s premier classical Chinese dance company, and in the past decade has become a global phenomenon. Its 2023 season is its biggest yet, with eight companies simultaneously touring the globe, set to visit more than 180 cities.

Shen Yun‘s mission is to revive 5,000 years of Chinese civilization, or, what audiences have come to know as “China before communism.”

The Stemmles were fascinated with the history on display.

“I thought the performances were breathtaking,” said Jack Stemmle, a history teacher, who saw the performance with his family. “China with dance, and the legendary stories. Very beautiful, dizzyingly beautiful.”

Ruby Rozo-Stemmle, the founder of a non-profit organization, said “it’s fascinating. I love what I’m learning about Chinese history. I appreciated actually the way the political history—the changes in the country—I appreciated them to teach the world how things happened and I really liked that.”

Mrs. Rozo-Stemmle was dazzled by the scale of the production—a backdrop that came to life and an orchestra blending East and West accompanying the dance—but most appreciated the content.

“The history that comes with it is very much appreciated,” she said.

Classical Chinese dance is a comprehensive, thousands of years old art form known for its expressiveness, making it a natural medium for storytelling.

Mr. Stemmle described the vigor of the Tibetan ethnic dance and the compelling plot of an ancient story out of “Romance of the Three Kingdoms,” and Mrs. Stemmle said she enjoyed a story set in the modern day, about the pursuit of religious liberty in China.

“I think that was pretty amazing how the story was very well told with dance and color and beauty,” she said, explaining it had deeper meaning. “I think as soon as we are all united together to maintain our tradition, and our legacy, then we can keep it. This is a good example [of] how we can do that.”

Also in the audience was Dave Carper, a designer for outdoor spaces, who felt the performance touched his heart.

“Very, very colorful, very extravagant,” he said. “The artists, the way that they can dance and move is very, very impressive.”

Samsung Leader Lee Admits in Court to Unlawful Sedative Use