ATLANTA—The sheer enjoyment of watching Shen Yun Performing Arts brings many theatergoers back time and time again, and Tad Newman is one of those people. And he doesn’t keep this pleasure to himself.

“I think the first time I saw [the performance] it was very magical and so I keep coming back here, and I try to bring new people …  to let them experience Shen Yun,” said Mr. Newman, a product manager for Omron.

Newman was attending Shen Yun at the Cobb Energy Performing Arts Centre in Atlanta. He was accompanied by Destinee Moody, who works in hospitality.

Many people choose to see New York-based Shen Yun for an entertaining and educational experience, but also to balance their equilibrium and take a fresh breath of air, especially during the challenging times wrought by the widespread effects of the pandemic.

“If you stay at home in fear of what could be, you don’t take the time to appreciate the things that we could normally do in life at that same time, and to get out and see a [performance] like [Shen Yun]. I mean you wouldn’t be able to do that at home, you wouldn’t be able to experience it in the same way. So, I think it’s well worth the risk to come out and see [Shen Yun], and enjoy some time,” Mr. Newman said.

“It’s a very colorful and vibrant show and … it will counteract the depression. The dance movements and the color are very energizing, and the quality of the performance is always very good,” he said, adding that he had enjoyed the “Water Sleeves” dance. “Water Sleeves” depicts the graceful ladies of the imperial court with their flowing sleeves.

Just watching the dancers, one can feel their passion for their dance and how much it means to them, Ms. Moody said. She was also amazed by the synchronicity of the dancers.

“I think it’s when [the dancers] …  connect for this one big movement … like with the flowers, when they all made that huge flower, they were all separate pieces to become one big picture.”

“It just inspires me to appreciate things that I’ve never experienced and things I don’t know about and to see the beauty and the culture.”

“I think that whether you’re aware of it or not, the energy will affect you moving forward, and it’s an experience you won’t forget.”

Also in the theater was Trey Burgess, a commercial real estate broker for Taycora Advisors. Mr. Burgess was attending Shen Yun with his wife and daughter.

The skill portrayed by the dancers, their authenticity and commitment and the costumes, were just as impressive, said Trey, who had seen Shen Yun on a previous occasion.

Having played in a symphony orchestra in his youth, Burgess appreciated and enjoyed  Shen Yun’s live orchestra.

Shen Yun’s baritone, who sang “To Heaven in This Lifetime,” was also very impressive. “I always like to see and hear a great voice.”

Although Shen Yun can perform freely in most parts of the world, it has been banned from performing in China by the Chinese communist regime.

Mr. Burgess said that it was fortunate that Shen Yun could present the true picture of Chinese culture in the United States.

Traditional Chinese culture is believed to have been a gift from the gods that was passed down to mortal beings. Teachings from the schools of Buddhism and Taoism form the foundation of China’s spiritual practices and its culture.

Mr. Burgess felt there were many similarities between Chinese spiritual beliefs and those of the people in the United States. This was something that he had been unaware of previously, he said.

Getting together to see a performance such as Shen Yun is very beneficial, he believes. 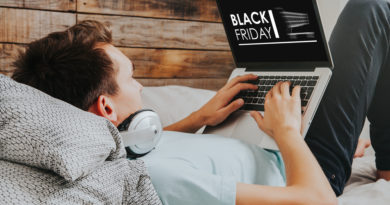 Make the Most of These Upcoming Marketing Schemes