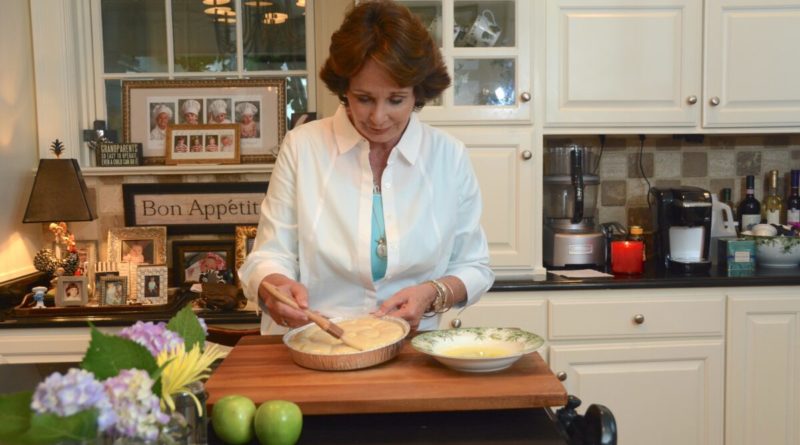 All it took was a worn-out and wooden kitchen stool.

When Patricia “Sister” Schubert was a child, she climbed onto a rickety stool and helped her grandmother, whom she called Grammy, make bread rolls. She learned from an early age that food not only fills your hungry stomach but has the power to bring families together. Since 1989, folks from all walks of life have come together over Sister Schubert’s rolls, a staple at many Southern dining tables.

Sister—she got that nickname because in childhood, her older sister had trouble pronouncing her name—sat in a comfortable chair at her beautiful antebellum home in Andalusia, Alabama, to tell the story of her famous rolls. A charming woman with a gentle demeanor and endearing eyes, she carries herself with the poise of someone who’s not in a hurry, another Southern attribute she embodies. Her smile is genuine, and her humility is magnetic.

“I grew up baking and cooking and loved every bit of it. Later, I studied interior decorating and worked with my father, but my love for cooking never waned,” Sister said. “In the spring of 1989, my church in Troy held a food fair, and I made Grammy’s rolls. The next year, we made many more and froze them after baking. When they thawed, they tasted like they were just made. That was when Sister Schubert Rolls were born.”

Early in her baking journey, she met George Barnes, a food broker who sells suppliers’ products to grocery stores. They fell in love and got married in 1996. After years of success, in 2001, they sold the Sister Schubert’s brand to Ohio-based food company Lancaster Colony but stayed on to run the business. Currently, Sister Schubert’s produces 9 million rolls per day. Sister is the founder and vice president of research, as well as the brand spokesperson for her famous rolls.

“I adore traveling, visiting grocery stores, and meeting my customers. I hear wonderful stories from people about the first roll they had and how much they loved it. They tell me how their families come together around my rolls. Some people get tears in their eyes telling me how my rolls bring them family memories,” Sister said, her voice shaking. “It feels gratifying, and it brings me so much happiness to know my products make people happy. That’s the deeper purpose for my rolls.”

Sister reflected on that last sentence with a nostalgic gaze. Her rolls may be delicious and easy to prepare, but they carry a more significant meaning, a purpose. “I had no idea that my rolls would become what they are today. I was just making rolls. Now I see beyond the product. I see people come together and create stories and lasting memories.”

Sister and George never forgot their humble beginnings. They established one of their three bakeries in Luverne—up the road from where they live in Andalusia. The town has struggled after the loss of textile work. At one point, Sister and George Barnes were the largest employers in the area.

At her immaculately clean bakery in Luverne, Sister hugged workers and chatted with them. She grabbed a dough sample out of the assembly line to examine its elasticity. “These feel great, Tabatha. Good job, my friend,” Sister said.

With their success, Sister Schubert and George Barnes started the Barnes Family Foundation. After seeing many young orphaned children in need of adoption, especially in Ukraine, the Barneses established a scholarship via the foundation to help college students study abroad and broaden their knowledge of the world. The Barneses are also involved at their church to help the poor and the elderly. Together, they have given millions of dollars to nonprofits and other causes.

Sister’s work with orphanages in Ukraine led her to adopt a child from that country. “I was visiting an orphanage when my eyes locked into the eyes of this little boy. I knew right there that I was going to adopt him.” Little Alexander had clubbed feet, and Sister was warned not to expect much of a life for him due to his disability. Now, he is active in different sports and makes the entire family happy, including Sister’s four biological children.

With the mischievous smile of a child, Sister spoke of her future goals in life. “I will continue baking bread. I will be kind, and I will try to help others. Ultimately, I will live every day like it’s my last.”

Now, Sister uses a wooden stool to teach her grandkids how to bake. It’s wooden, but not as rickety as the one she climbed onto in her Grammy’s kitchen.

The legend and legacy continue.

Michael Gove says IndyRef2 will not happen before next general election