BARCELONA—Robert Lewandowski scored two late goals to earn Barcelona a point in a breathless 3–3 draw with Inter Milan on Wednesday which kept alive their faint hopes of reaching the Champions League last 16.

Barcelona are still facing elimination at the group stage of the competition for the second consecutive season but Lewandowski’s stoppage-time equaliser gave them a slim chance of progressing with two games left.

Inter need a home win over Viktoria Plzen next week to join Bayern Munich in the last 16.

“It’s bad, I think this Champions League is being very cruel to us,” Barcelona manager Xavi Hernandez told Movistar Plus.

“Now it is out of our hands. What is left for us is to turn our attention quickly to Sunday’s El Clasico [against Real Madrid], bounce back and focus on LaLiga because the Champions League became very difficult and complicated for us.”

Until last year, Barca had advanced to at least the round of 16 in the Champions League in every season since 2001, but are now facing the prospect of slipping into the Europa League for the second season in a row.

Roared on by their fans in a sold-out Camp Nou, Barcelona started strongly, with Raphinha the focal point of their attack and Inter goalkeeper Andre Onana made three fine stops from strikes by the Brazilian.

But just like last week in Milan, Inter were strong on the counter-attack in the first half and went close to scoring on three occasions.

Edin Dzeko thundered a close-range strike off the post in the 17th minute, Henrikh Mkhitaryan had a long-range shot denied by Marc-Andre ter Stegen, who also denied Denzel Dumfries in a one-on-one from a counter-attack.

In a move started by Raphinha on the right touchline, the Spanish side took the lead through a close-range strike by Ousmane Dembele from a Sergi Roberto cross five minutes from halftime.

But it all changed after the break when Nicolo Barella levelled in the 50th minute with a volley from Alessandro Bastoni’s cross after ghosting in behind the Barcelona defence.

A Lautaro Martinez strike from the edge of the area that bounced off both posts before going in put Inter ahead 13 minutes later and they could have extended their lead at least twice but were denied by Ter Stegen.

With Barcelona in all-out attack mode, Lewandowski equalised from a rebound in the 82nd minute.

Inter regained the lead one minute from time when Robin Gosens finished off a counter-attack but Lewandowski’s bullet header three minutes later rescued Barca who are third in the Group C standings on four points, three behind Inter and eight adrift of Bayern Munich.

“Soccer is a game of mistakes and we can’t afford those in situations like this,” Xavi said.

“This is the Champions League and you pay a high price for each error you make.

“You need to win, to defend well, to score. We needed to play the entire game like we did in the first half. That intensity. Now it’s hard because we are not in control anymore.” 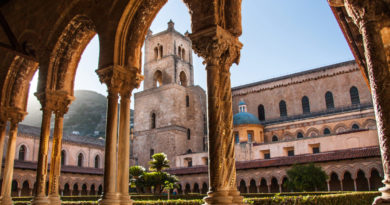