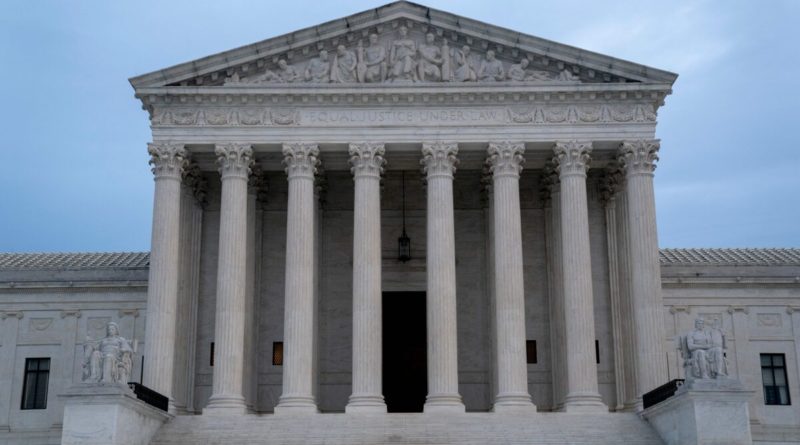 
The Supreme Court decided on Nov. 21 not to take up the case of a California nursing home operator that is trying to duck a lawsuit filed in state court over the COVID-19-related death of a resident by moving it to federal court to obtain legal immunity.

Ricardo Saldana died in March 2020 at age 77 after living for six years at a nursing home run by Glenhaven Healthcare in Glendale, California. Two months later his family sued in state court, claiming the company was liable for elder abuse, custodial negligence, willful misconduct, and negligence.

The company and industry groups argued that when Alex Azar, then-President Donald Trump’s Secretary of the U.S. Department of Health and Human Services (HHS), declared a public health emergency in early 2020, doing so activated part of the federal Public Readiness and Emergency Preparedness Act (PREP) of 2005, according to Reuters.

The law was created to promote the dissemination of vaccines and other treatments during a potential outbreak of avian flu, but nursing homes have cited it when defending themselves against lawsuits that allege they failed to properly care for residents during the recent pandemic.

The PREP Act confers immunity from liability for certain persons administering or using authorized countermeasures, including drugs, diagnostics, or “any other device … used to treat, diagnose, cure, prevent, or mitigate COVID-19, or [its] transmission,” according to the petition Glenhaven filed with the Supreme Court.

The immunity shield does not include death or serious injury caused by willful misconduct, in which case claimants need to seek compensation from a government fund.

The family alleges that Glenhaven did not employ proper safeguards in the nursing home where Saldana lived, failing to provide adequate personal protective equipment such as masks to staff members. Glenhaven asked to have the case removed to federal court so it could invoke immunity under the PREP Act, but the family opposed the move.

The U.S. Court of Appeals for the 9th Circuit sided with the family, ruling that some state law claims could proceed in state court. On Nov. 19, the Supreme Court denied Glenhaven’s petition in Glenhaven Healthcare LLC v. Saldana, court file 22-192, in an unsigned order without explaining why.

The family’s attorney, Adam Ross Pulver of Public Citizen Litigation Group, told The Epoch Times the Supreme Court made the right decision after several federal appeals courts found such cases should not be heard by federal courts.

“Given that four circuits have rejected the nursing homes’ arguments that these cases belong in federal court, it is not surprising that the Supreme Court denied the case without comment,” Pulver said.

“We hope that this will lead the industry to stop pursuing the delay tactic of baseless removal and appeal of remand orders, and allow families to have their day in court.”

Pulver added the case will now “be litigated in California state court, where the nursing home can raise any defenses it believes it may have, including federal ones.”

The Epoch Times reached out for comment to Glenhaven’s attorney, E. Joshua Rosenkranz of Orrick, Herrington and Sutcliffe LLP, but had not received a reply as of press time.