The New York Police Department’s manhunt involving a man suspected of putting two children’s lives in jeopardy during a shooting has come to an end. On Friday, NYPD officials said they arrested 27-year-old Michael Lopez. Authorities claimed Lopez was taken into custody at his stepfather’s house in connection with the incident.

Lopez reportedly had five prior arrests, including one for attempted murder for which he is currently on parole for. NYPD officials added that he is affiliated with a gang known as the “make it happen boys.”

NYC: Please take a look at this updated image — he’s wanted in connection to this recent shooting in the @NYPD44Pct. https://t.co/RmlGAzolHd pic.twitter.com/dd5wTnEuWX

Lopez reportedly opened fire at a man in the city’s Bronx borough while a 13-year-old girl and 5-year-old boy were in the line of fire. The 13-year-old jumped on the boy, hoping to shield him from the outburst of violence. Ultimately, both children escaped with bruising but no injuries.

However, the victim was hit in both the back and legs, but is said to be in stable condition.

Thanks to the outstanding work of the @NYPD44Pct detectives & all our partners, the gang member (out on parole) responsible for this brazen #Bronx shooting has been arrested & charged. https://t.co/1wOOE4saW8

This comes as overall crime in the Democrat-run city under Mayor Bill de Blasio rose 22 percent in May compared to last year, with a 73 percent increase in shooting alone.

New York City Police Commissioner Dermot Shea has also questioned the city’s laws. “How does an individual released on parole arrested for knife point robbery released on the streets? Where are the laws for those kids because somehow they’ve been forgotten in this,” said Shea.

In the meantime, Lopez faces multiple charges including reckless endangerment, criminal use of a firearm, assault and attempted murder. If convicted, he could face up to 25 years in prison.

NYPD officials have claimed they are still searching for the suspected accomplice who was allegedly driving the scooter Lopez escaped on. 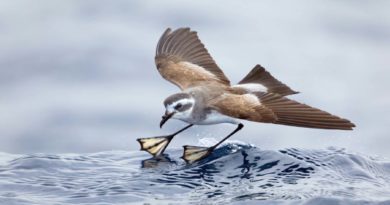