“With the end of Title 42 just days away, the number of illegal immigrants crossing the Texas–Mexico border has reached an all-time high. Indeed, this past Sunday, over a 24-hour span, over 2,600 illegal immigrants crossed the border near El Paso and illegally entered Texas. These numbers are likely to increase in the coming weeks,” Abbott told Attorney General Ken Paxton in a letter made public on Thursday.

Abbott’s reference to Title 42 is to a public health order issued by President Donald Trump that authorized federal agents to return immigrants crossing the border to Mexico to await processing of their cases, including claims of seeking asylum in the United States. A federal court ruled earlier this year that the order will come to an end on Dec. 20, taking effect at midnight, Dec. 21.

“But as the facts on the ground continue to change, we must remain vigilant in our response to this crisis. There have been recent reports that non-governmental organizations (NGOs) may have assisted with illegal border crossings near El Paso,” Abbott told Paxton.

“We further understand NGOs may be engaged in unlawfully orchestrating other border crossings through activities on both sides of the border, including in sectors other than El Paso. In light of these reports, I am calling on the Texas Attorney General’s Office to initiate an investigation into the role of NGOs in planning and facilitating the illegal transportation of illegal immigrants across our borders,” Abbott said.

Abbott’s letter to Paxton comes a day after the Heritage Foundation Oversight Project made public the results of a massive analysis of more than 30,000 anonymized cell devices used by illegal immigrants after entering the U.S. and receiving resettlement care and services via NGO facilities.

The Heritage project tracked the devices to nearly every congressional district in the country, according to Mike Howell, Director of the conservative foundation’s Oversight Project.

“We now have undeniable proof that NGOs are the Biden administration’s partner in facilitating and perpetuating this historic border crisis. What’s most shameful is that these NGOs are using not just taxpayer dollars to complete the final link in the drug cartels’ human smuggling operation, but also funds donated by Americans across this country who have no idea their charitable giving is being used for this purpose,” Howell said in a statement.

“They are working hand-in-glove with the open-borders advocates in the Biden administration to resettle untold numbers of illegal aliens across this country every month, willingly advancing the left’s goal of reshaping the American electorate and advancing their political objectives,” he said.

“These organizations have no business engaging in such behavior. They should be investigated, held accountable, and defunded. And make no mistake, the Oversight Project is just getting started in showing the role these groups are playing in not only continuing this historic border crisis, but in fueling the cartels’ business model and encouraging millions of individuals to subject themselves to misery, suffering, and death along the journey to the border. We are ready and willing to cooperate with Texas law enforcement to pass along information regarding what we find,” he said.

There are dozens of NGOs involved in various ways in assisting immigrants coming into the U.S. It is not illegal to provide such care and services to legal immigrants, but multiple federal laws may be broken when illegal immigrants are involved.

Among such NGOs, according to the state of California, are Amnesty International USA, Catholic Charities USA, Doctors Without Borders, Human Rights Watch, United Nations High Commissioner for Refugees and Refugee Council USA.

Many of these NGOs receive significant funding from the federal government, portions of which could be used in providing immigrant care and services. But tracking such funding to specific immigrant facilities is no easy chore.

A search of USASpending.gov, the official website that allows the public to access information on approximately 70 percent of all federal spending, for tax dollars going to Catholic Charities, for example, in the form of contracts and grants turned up more than 3,000 separate federal actions totaling $1.2 billion.

Of those federal actions, 210 were in Texas with nearly $260 million in value. More than $256 million of that total was obligated for programs involved in various forms of “Refugee and Entrant Assistance.”

A spokesman for the Catholic Charities USA did not respond to The Epoch Times request for comment. 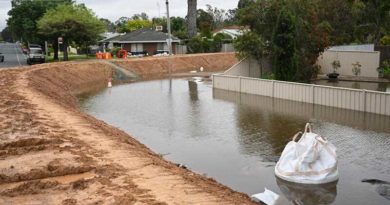 Housing Affordability Problems Drive More Australians out of the City