Thailand said Tuesday that it would consider a Chinese-made engine as an alternative for the submarine it had purchased if it met the specifications, following China’s inability to obtain engines from Germany.

The evaluation is expected to be complete by Sept. 15, after which CSOC will need to deliver the engine to Thailand for testing. No changes will be made to the contract if the engine testing is successful.

“But if the substitute from CSOC cannot pass the test, the contract must be terminated, and the two sides will have to hold talks to discuss compensation or a refund,” Pokkrong said reported Bangkok Post.

While the contract requires that the submarine be built with a German-made MTU396 engine, CSOC is also allowed to replace any component with a comparable equivalent, according to Pokkrong.

“The RTN would prefer not to completely reset the process,” he added.

If the contract is approved, Thailand will join Sri Lanka as the first foreign purchaser of the S26T Yuan-class submarine that CSOC intends to build using the new CH620 engines.

Thailand initially rejected the CH620 engine offered by CSOC due to the fact that it had never been installed in any submarine, a prerequisite for the contract approval. But Pokkrong said the two sides will find a consensus on this.

Thailand earlier granted the Chinese developer an extension of two months to fulfill its agreement to procure a German-made engine for the submarine. CSOC said it had tried to engage with the German manufacturer through business and diplomatic channels, but to no avail.

Germany’s Motor and Turbine Union (MTU) company refused to supply the engine because of a European Union arms embargo against the regime in Beijing, which was imposed after the Tiananmen Square massacre in 1989.

The German Embassy in Thailand stated in February that China didn’t consult with Germany before signing the contract with Thailand, and because the engines will be used “for a Chinese military [or] defense industry item.”

Thailand later agreed to accept China’s offer to buy three submarines worth 36 billion baht ($1.07 billion), with payments to be made in 11 annual installments. The next delivery of its submarine could be delayed until September 2024. 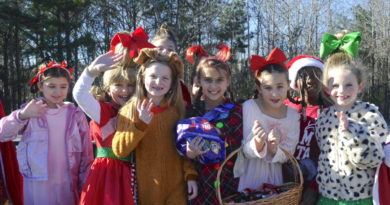 Treasuring A Tradition That’s Kept the Community Spirit in America