The displays demonstrate Moscow’s and Beijing’s military capabilities to launch peace-shattering offensive strikes with the goal of seizing territory they do not currently possess.

However, Russia’s and China’s propaganda is so blatantly theatrical I doubt either dictatorship is making immediate preparations for war.

My December bet: the military shows of force are really camera-ready feints to attract media attention and frighten spineless Western leaders—and unfortunately, we’ve too many of those.

What we are witnessing in December 2021 are Russian and Chinese “power cocktails” mixing diplomacy with economic and military power. The cocktail goals: seeding moral weaknesses in democratic nations, exploiting sensational U.S. media, and manipulating the Biden administration.

The wages of weakness: the Afghanistan bugout and debacle exposed the Biden administration as pompous, militarily ignorant and inept.

Beyond December 2021? We will have to confront the troubling, deep history.

Fact: Both Moscow and Beijing insistently tell the world they intend to dominate the nations they target. When the opportunity arises, they will both move beyond domination to annexation. Russia will annex Ukraine; China will absorb Taiwan.

If this sounds like classic imperialism, well, it is.

Hence my mass murder warning. On March 18, 2014, Russian President Vladimir Putin stood in Red Square and announced Russia had annexed the Crimean Peninsula. “We will do much more,” Putin told the crowd.

March 18 in Red Square marked a dangerous reversion. For the first time since the end of World War II, military aggression in Europe by a major European power had led to political annexation and territorial expansion. The historical legacy of military invasion and territorial annexation by a major power in Europe, whatever the rationale for expansion, is slaughter and suffering that afflicts the combatants and affects the entire continent. It often spreads to other continents. In the 20th century, revanchist warfare in Europe seeded global war and massive loss of life.

Putin seeks to create a Great Russia with global power resources. What would that look like? The RUBK—pronounced “rubik” as in in the puzzle Rubik’s Cube. RUBK is Russia, Ukraine, Belarus, Kazakhstan. With its demographics and natural resources, RUBK is a geo-strategic formula for a global power.

In 2022, Putin will face President Joe “Bugout” Biden. A peace-shattering question: will Vlad try to do “much more”?

As for China’s equivalent goals: Domination of east Asia, then central and southwest Asia, from Shanghai to Iran. In economic power terms, that’s one leg of the so-called Belt and Road Initiative.

Other Chinese objectives: Beijing absorbs Hong Kong, despite its treaty agreement to maintain democracy until 2049. Domination of the Pacific is a target, but Taiwan isn’t really the first step. In the South China Sea, Vietnam and the Philippines have already lost maritime territory and resources to Chinese imperialism. Vietnam has lost islands to outright Chinese invasion.

Austin Bay is a colonel (ret.) in the U.S. Army Reserve, author, syndicated columnist, and teacher of strategy and strategic theory at the University of Texas–Austin. His latest book is “Cocktails from Hell: Five Wars Shaping the 21st Century.” 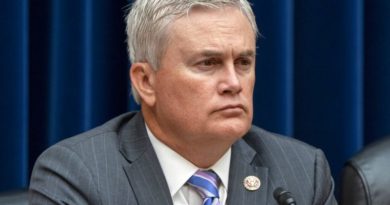