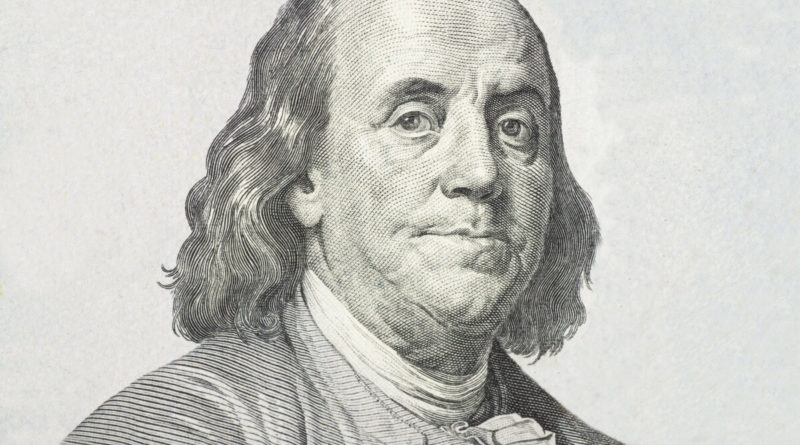 
Perhaps the United States wouldn’t have become so politicized had we all followed a good piece of advice from Benjamin Franklin.

In Franklin’s 1737 book, “Poor Richard’s Almanac,” he stated what would be his literal and figurative idea behind money: “A penny saved is two pence clear.” Contrary to popular belief, Franklin, who was known for his invaluable maxims, never wrote the phrase “A penny saved is a penny earned.”

The first coin in circulation in the newly formed United States was the copper Fugio cent. It was designed by Franklin and is sometimes referred to as the “Franklin cent.” Technically, some of the features of the coin were used on earlier proposed colonial coins and currency, but they were never released and not worth a Continental.

The Fugio cent was created in response to small currency coin shortages during that period, as the Colonies were tired of relying on Great Britain’s supply of coins, particularly small currency copper coins, the production of which was paused in 1775. It’s estimated that two-thirds of all copper coins traded in Great Britain were counterfeit by the mid-1780s, and in 1887, Great Britain began using privately made Conder tokens made of copper for smaller currency.

On the back of the Franklin cent, introduced in 1787, there are 13 rings symbolizing the original 13 colonies. These linked rings create an unbroken chain, encircling “We Are One,” along with “United States.”

Beyond its broader figurative significance, Franklin regarded the number 13 as an important number in his own philosophy. Throughout the coin’s design, Franklin imbued his ethical and moral positions along with literal and symbolic messaging. He provided an exact weight of 10 grams of copper, or 157.5 grains. Even the subtle addition of grooved edges is a homage to historical moral character and the relation to money as it equally deters clipping or counterfeiting.

And there’s more. In 1752, Franklin openly supported the change to the Gregorian calendar being used throughout the Colonies. Prior to that, only various colonies observed the same calendar year. The Gregorian calendar fits 13 weeks in by a multiple of four, equaling a total of 52 weeks. Each week is dedicated to one of his key virtues for personal development, four times per year.

The 13 interlocking rings on the coin’s design symbolize the colonies and Franklin’s virtues. He believed every person should be responsible for building his or her own character. Within his desire for personal development, he proposed 13 virtues:

In his philosophy of personal progress, he believed people should dedicate a week to practicing each of these respective virtues. After 13 weeks, when each virtue has been practiced, the cycle begins anew, and this happens four times a year. Franklin believed if each person focused on these virtues for an entire week, four times per year, they would surely progress.

This reflects Franklin’s belief that virtue didn’t come naturally to humans but was achieved over time through discipline. This was one reason Franklin saw time as precious, and he believed a country’s liberty is made by each individual working on themself. As a Stoic, he understood life’s delicate and finite number of years, all the way down to the importance of respecting others’ time, as well as one’s own. Contrary to popular myth, Franklin didn’t invent daylight saving time, but he certainly believed in the importance of a strict schedule making the best use of daylight and personal progress throughout one’s life.

This, too, is reflected in the Fugio cent. On the front of the coin is a sun smiling and shining down onto a sundial, and within the sundial are hours of the day. The word Fugio imprinted on the left is a Latin word meaning “I fly,” or “I flee,” but it has more of a philosophical and historical recognition of “time flying by,” a theme reflected in three words on the Fugio cent.

On the bottom front of the Fugio coin was his advice. Inscribed on the coin: “Mind Your Business.” By this, he meant the literal taking care of one’s own affairs. Some historians have taken the meaning of this statement in conjunction with Fugio, as a nod to the older “tempus fugit” and “carpe diem,” to be translated as, “Time flies, so do your work,” or, “Time flies, so use it wisely!”

He meant “mind your business” socially as much as he meant it literally, and I believe this is supported by the entirety of his work. Franklin was an inventor, innovator, motivational writer, philosopher, politician, and founding member of the United States. It wasn’t so much that he was a proponent of laissez faire, per se. However, being the liberty-loving, pragmatic Stoic that he was, he did believe that each person should push themselves to their personal best within their industry and personal lives in order for the majority of people to live better lives together.

Holding Franklin’s ethical virtues in relation to money is what helps prevent the decay in value of that currency. This is why, throughout history, intelligent and ethical people and countries have reverted back to these similar ethical positions when currencies begin to collapse. Money and morality are intertwined in such a way that money without morality can no longer remain money, and morality that lacks the appreciation of money can’t remain moral.

In the end, Franklin’s advice in economics, currency, and life is to be taken literally and figuratively: Mind your business. 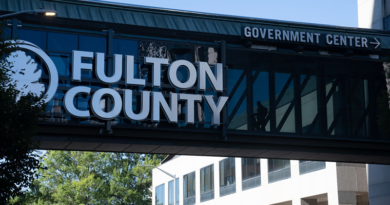