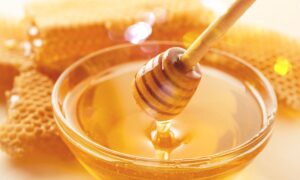 Beyond the natural and raw honey that you normally find in the grocery store or market, New Zealand boasts some unique and healthful honey varieties. These gourmet honeys—like Manuka, Acacia, and Pohutukawa—have been getting more of the spotlight in recent years due to increasing health trends at all ages.

Manuka honey is made by bees that pollinate the Manuka tree, which grows mainly in New Zealand. Manuka honey has high antibacterial properties, called methylglyoxal (MGO). This honey also has higher antioxidants and anti-inflammatory properties than regular honey.

5 Facts About Manuka Honey You Ought to Know

What is the UMF Factor?

New Zealand’s trade and industry groups have established indicators, such as monofloral (pure nectar of manuka), and multifloral (including nectar other than manuka), in order to identify genuine Manuka honey. As Manuka honey has become more recognized in the world, more counterfeit products have started to flow into the market. The UMF is the quality identifying mark for making sure that you have natural Manuka honey produced in New Zealand.

The UMF tests for four factors: MGO (antibacterial element) , dihydroxyacetone (or DHA, for shelf life), HMF (for freshness), and leptosperin (a quality only found in genuine Manuka honey). The honey will be certified as “monofloral Manuka honey” if more than 100 mg. of leptosperin is contained in 1 kg. of honey.

UMF standards range from ten to 25, with the higher numbers having the higher rating. The higher the number, the more potent the honey,—and also, the more expensive.

MGO stands for methylglyoxal, which is the organic compound responsible for Manuka honey’s strong antibacterial properties. The numbers following the MGO initials indicate the methylglyoxal level in mg/kg.

Is higher always better? Well, that depends on your intended use of Manuka honey.

How to Choose Manuka Honey

For most of the Manuka honey brands, MGO ratings between 100+ ~200+ will taste like regular honey. The higher the MGO rating, the stronger the antibacterial properties and the more medicinal the taste will be.

It is recommended that honey with MGO ratings higher than 300 should be consumed only occasionally, while the MGO 100+ honeys can be consumed on a daily basis for their antibacterial and other health benefits.

Acacia Honey: The Queen of Honeys

One of the best monofloral honeys in the world is the European Acacia honey. This honey has many proven health benefits and is, therefore, often compared to Manuka honey.

Acacia honey has a sweet and delightful floral flavor, with hints of vanilla. It is also rich in antioxidants and antibacterial properties, as well as iron, zinc, potassium, vitamin C, and calcium.

Acacia honey is often referred to as The Queen of Honeys—a well-deserved title in many ways. To begin with, it possesses an extremely bright color and has minimal crystallization, ranking it at first place in the honey world. Also, it can be consumed on a daily basis as food, providing many health benefits to the body. Among other things, it cleanses the liver, conditions the intestines, improves the respiratory system through its antibacterial properties, improves digestive problems, helps with weight loss, and improves wound healing time.

Rapsflower honey has a creamy and delicate taste. It is one of the rarest gourmet honeys in the world and is loved by food connoisseurs everywhere.

Because the pollen content in rapeseed honey is higher than in other honeys, it contains more vitamins and polyphenols. This creamy and soft honey is perfect for beverages and pancakes.

Most people  have never heard of Pohutukawa honey. It is a honey that is harvested from native trees in North Island, New Zealand. The Pohutukawa tree, also known as the “Kiwi Christmas tree,” can live to be a thousand years old, but its flowers bloom for only a short time each year.

The native Maori people use Pohutukawa bark and honey in traditional remedies for coughs and colds, and to stop bleeding. It has a buttery flavor, with a sweet but salty aftertaste. It is one of the most popular honeys among New Zealanders.

When Prince Charles visited New Zealand in 2019, the National Party leader and Tauranga MP Simon Bridges gave him a 125-gram jar of Pohutukawa honey as a gift. Bridges seems to have been following a royal tradition, since the same honey had also been given to Queen Elizabeth II when she visited New Zealand 20 years earlier.

The name of Pohutukawa honey may not be as well-known as Manuka honey; but, just like the British royals, it may be one of the best gift ideas for someone who already has everything.

This article was originally published in Radiant Life Magazine.