In the research and in my practice, I find three areas that consistently stand out in complex chronic cases: gluten, leaky gut syndrome, and autoimmunity.

I personally can’t recall a single patient with autoimmunity or intestinal permeability who wasn’t sensitive to gluten, the protein found in wheat, spelt, barley, and rye. I’m sure they exist, but the research and clinical experience of many educated practitioners suggests that gluten sensitivity plays a significant role in this vicious inflammatory cycle.

Why has gluten sensitivity gained so much attention lately? Wheat has changed profoundly in the past 50 years—including the way it is grown, stored, and processed—making it more inflammatory today than previously. Gluten-free miracle stories have become fairly common: an individual with an irresolvable health problem finds total relief on a gluten-free diet. Or they suddenly drop excess pounds, have more energy, can sleep better, stop snoring, stop having allergy attacks, and so on.

However, for many others, the fix isn’t so miraculous. A gluten-free diet chips away at the problem but doesn’t solve it.

Also, many people assume they don’t have an issue with gluten because they have lab tests (usually incomplete) that show they aren’t gluten sensitive, or they don’t have any digestive symptoms from eating gluten. That’s because most labs only test for alpha-gliadin, and people can react to several different compounds in wheat.

As it turns out, only about one-third of people with gluten sensitivity suffer any digestive symptoms. In fact, the tissue most often affected by gluten is the brain.

Gluten sensitivity also commonly affects joints, skin, and other organ tissue. Basically, once gluten sensitivity has triggered chronic inflammation, anything in the body is open to autoimmunity. Genetics and various other factors can play a role in determining your vulnerabilities.

For example, people with genetic susceptibility to celiac disease (HLA-DQ 2 and 8) are at significant risk for developing autoimmune disease if they consume gluten. However, you don’t have to have the celiac disease genes for gluten to be an immune trigger for you.

Leaky Gut and Its Role in Autoimmunity, Gluten Sensitivity

Leaky gut syndrome (“leaky gut”) is another factor that almost always affects a person with autoimmunity. Within the scientific community, leaky gut is called “intestinal permeability.” It occurs when the lining of the small intestine becomes inflamed and damaged, and thus, overly porous.

As a result, undigested foods, bacteria, and other pathogens enter the sterile environment of the bloodstream and trigger inflammation. This inflammation in turn leads to chronic conditions that involve inflammation and autoimmunity. Common causes of leaky gut include poor diet, chronic stress, certain medications, autoimmunity, and more.

An important thing to understand about leaky gut is that it often doesn’t cause gut symptoms. Instead, it’s much more common for leaky gut to cause chronic inflammation that manifests elsewhere in the body depending on your genetic makeup, past injuries, or existing health disorders or injuries.

For instance, leaky gut can show up as:

When leaky gut triggers chronic inflammatory conditions, your risk of developing an autoimmune reaction against your body tissue increases.

The subject of leaky gut isn’t as straightforward as I once believed. A standard leaky gut protocol, now recognized as the foundation of autoimmunity management, doesn’t go the distance for many people. Your attempts at managing leaky gut may not be successful if you don’t know the underlying mechanism, or root cause, of your leaky gut.

Also, “healing” leaky gut isn’t always achievable. The outcome of your leaky gut protocol depends on the cause. When you understand what’s causing your leaky gut, you’ll have more realistic expectations in terms of outcome, which will save you a lot of frustration. For instance, people with past brain injuries or ongoing brain-based disorders may always have some degree of leaky gut. Autoimmune flare ups can also trigger leaky gut.

For some people, this simple and straightforward approach is successful. However, it doesn’t work for many others. Many patients do everything right—everything their practitioner and their online support group friends say to do—and yet, they continue to suffer. Many beat themselves up, wondering what they’re doing wrong, when the truth is they simply have a different underlying cause for leaky gut.

Which comes first: gluten sensitivity, autoimmunity, or leaky gut? The answer is any one of them can trigger the other two.

We also know factors outside of gluten and leaky gut can trigger autoimmunity. These factors include viruses, environmental chemicals, toxic mold, and other pathogens, as well as deficiencies in vital compounds, such as vitamin D, omega 3 fatty acids, or glutathione.

The cause of autoimmunity can also arise from cross-reactivity, when the body mistakes a pathogen or food protein for a tissue in the body and begins attacking the tissue. For instance, the streptococcus bacteria has been shown to cross react with a part of the brain called the basal ganglia, causing Pediatric Autoimmune Neuropsychiatric Disorders Associated with Strep that affects children.

Additionally, because the gluten protein is similar to proteins in the brain, gluten can trigger autoimmunity against brain tissue based on a concept known as molecular mimicry.

Other factors such as chronic stress or antibiotic use can also cause leaky gut, thus setting the stage for autoimmunity.

The bottom line is that if you have either gluten sensitivity, leaky gut, or autoimmunity, then you need to be aware that having just one of these increases your risk for developing the other two.

If you present with one of these, then it’s important to screen for the other two and manage them all together.

Why You Need to Understand the Mechanism of Autoimmunity

Why is it so important to understand which one came first for you? One thing I’ve learned from working with patients with chronic conditions is they often become demoralized because they don’t understand what’s happening to them. When I can cut through the complexity and get to the root issues, it gives them information, removes the mystery, and empowers them with knowledge that inform their choices.

Simply telling patients what to do often creates resistance. Simply saying “You must go on a strict gluten-free diet right away” doesn’t work nearly as well as, “Here’s what happens when you eat gluten and here’s what can happen if you don’t.” If I explain what’s happening, patients are better informed to make decisions for themselves versus being given orders.

If you understand why you have a chronic leaky gut, a stubborn autoimmune condition, or multiple food sensitivities, you have a higher chance of a successful outcome. Patients aren’t the only ones who can end up spiritually broken—practitioners who manage their cases also become demoralized when they can’t adequately help a patient.

By knowing how to target a condition more specifically, a practitioner has a better chance of helping patients. Over the years, I’ve seen all types of conventional and alternative health care practitioners burn out and quit practicing or inappropriately take out their frustrations on their chronically ill patients because they were’nt taught how to help them—despite their best intentions.

The degree of success varies from person to person, as many factors come into play, including your support system, lifestyle, personal history, beliefs, environment, genetics, and factors we’ve yet to discover.

The bottom line is leaky gut, gluten sensitivity, or autoimmune conditions don’t have to be a prison sentence of confusion and mystery. By understanding some basics, you can choose which string to pull first to begin unraveling the web of illness.

Although there is no known cure for autoimmunity, dietary, nutritional, and lifestyle strategies can help you live a life largely free of symptoms and respond constructively when symptoms flare up. The goal is a better quality of life, and my wish is to provide you with the information to improve the quality of yours or those you care for. 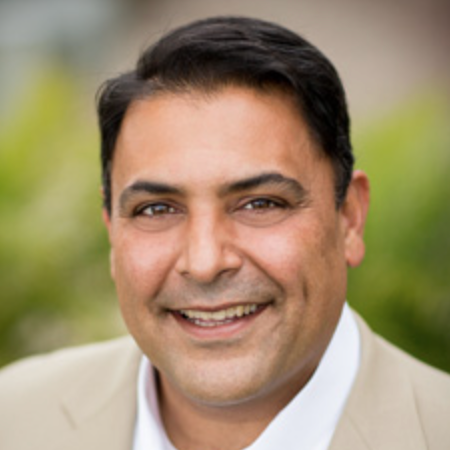