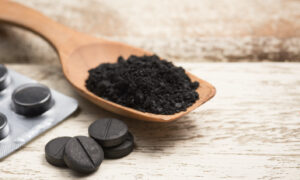 Activated charcoal continues to pop up in more over-the-counter personal products such as toothpaste, deodorant, and skin cleaners. That leaves many consumers curious about what it is, how it works, and if it lives up to all the hype.

Medically, the carbon-rich material has been used to treat overdoses and poisonings. People have long known about its use as an antidote—it even goes back to the early 1800s.

“The concept of detoxing has become increasingly popular over the past decade,” said Daniel Powers, a Chicago-area researcher and founder of The Botanical Institute.

“With foods and consumer goods products full of harmful chemicals, more and more consumers have turned to natural ingredients, like activated charcoal, to help their body detox,” he told The Epoch Times.

But it’s not the same stuff as, say, the coals used to grill on or the burned pieces of food that grilling sometimes produces. Activated charcoal is produced by heating carbon-rich materials such as peat, wood, or coconut shells. That “activates” the substance so it can bond to other substances, as it does upon ingestion.

According to Dr. Kelly Johnson-Arbor, a medical toxicologist and co-medical director of the National Capital Poison Center, the activation occurs via a chemical treatment that involves steam, oxygen, and carbon dioxide to form a substance that is highly porous and has a very large surface area.

While it’s most effective if used within one hour of ingesting toxic substances, it’s not a cure-all. It works to treat overdoses of tricyclic antidepressants, acetaminophen, digoxin, digitoxin, and barbiturates. But it’s not effective in certain poisonings, such as those that involve strong acids or bases, cyanide, organic solvents, ethanol, methanol, iron,  lithium, some cleaning products, and others.

The World Health Organization approves it for the emergency treatment of overdoses or poisonings.

“When a patient comes to a hospital after a drug overdose, a single oral dose of activated charcoal is often given to adsorb the toxin and prevent it from being absorbed by the body, thereby limiting the toxic effects of the poison. Activated charcoal has been used in this manner for decades,” Johnson-Arbor said.

Activated charcoal also provides gastrointestinal relief. Researchers have found that activated charcoal can aid with issues such as diarrhea, gas, bloating, stomach cramps, and indigestion. It may benefit people who experience diarrhea as a result of chemotherapy, and bile flow issues in pregnant women. There is some research about it helping liver and kidney issues as well as skin infections.

Recently, there has been some research into activated charcoal for more serious conditions such as obesity, insulin resistance, and high cholesterol.

You can take it in pill and liquid form (or as an enema), though some people say the liquid form is gritty and may cause you to vomit.

“Since it is used in hospital settings to treat poisonings, some people think that activated charcoal can be used to detoxify different parts of the human body. Unfortunately, there is minimal evidence supporting the use of activated charcoal for this purpose,” Johnson-Arbor said.

So, why do you seem to see activated charcoal in so many products nowadays?

Notably, many brands of toothpaste have added it to their formulations. They claim it can improve oral health—and even whiten teeth. But studies have gone back and forth over whether or not it can actually make teeth whiter.

It’s also in a slew of skin care products, claiming that it can draw toxins from the skin and can fight acne and aging.

Deodorants have added it as an ingredient as it can absorb smells, harmful gases, and excess moisture.

The claims aren’t backed up substantially by studies, Johnson-Arbor said.

“For now, there is no recent research about activated charcoal that expands how it can be used outside of a supervised medical setting,” she said.

“Because it has no known proven benefit when used recreationally or in personal care products, people should be wary about using or consuming products containing activated charcoal, unless directed to do so by a medical professional,” Johnson-Arbor added.