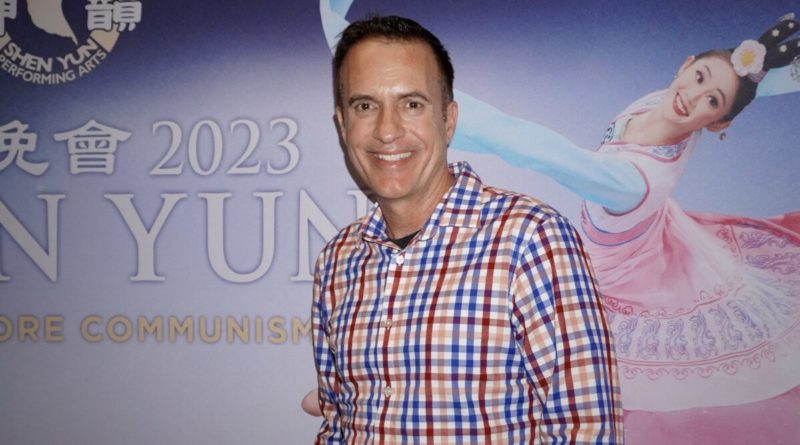 
FOLSOM, Calif.—Every performance, big or small, leaves the audience with a bit of itself. Shen Yun Performing Arts has been touching the lives of audiences around the world, and theatergoers in Folsom, California said on Jan. 24 that it was through Shen Yun‘s beauty and goodness.

“It’s the goodness. Every performance has a theme. It’s just the goodness in life. Of course, good always prevails. And to be good to others. That’s what it’s about,” said Jim Spinetta, owner of Charles Spinetta Winery, after seeing the performance at the Harris Center.

Mr. Spinetta expressed that New York-based Shen Yun was great reminder of the need to disconnect and unplug.

Shen Yun uses classical Chinese dance to portray stories from ancient China, as well as scenes from the heavens. One such story is the legend of the Creator returning.

We all need to be prepared. Be ready. So don’t be ready when it’s too late. Be ready now. Be good to yourself and be good to others.

“Exactly. We all need to be prepared. Be ready. So don’t be ready when it’s too late. Be ready now. Be good to yourself and be good to others,” said Mr. Spinetta.

Another story that particularly struck Mr. Spinetta was one of Falun Dafa practitioners following the principles of truth, compassion, and forbearance. Mr. Spinetta commented that these principles rang true to him. Despite persecution in China, where the practice was first spread, Falun Dafa practitioners believe that they are doing the right thing. An ancient Chinese belief is that good is met with good rewards, and evil is met with retribution.

“These are all adages, things that we all need to live by. And that’s what makes us a better world—better nation. And it shows that COVID kind of brought us back to it. We are people; we are gregarious. We need each other. And that’s what those things showed us. Just be aware the signs are there,” shared Mr. Spinetta.

Also in the audience was Mark Kaufman, an aerospace engineer. Mr. Kaufman was impressed by Shen Yun‘s presentation of China’s 5,000 years of civilization.

“There’s a lot of ancient history there that I was unaware of,” he said.

“I wasn’t familiar with that, so I’m still trying to assimilate it and understand it. I plan to do more research after this,” said Mr. Kaufman.

He felt that Shen Yun was depicting a “celebration of life. The culture was very ancient. And maybe some relationship to what is going on today in China versus some of the old intentions.”

He complimented Shen Yun’s use of a live orchestra.

“It makes a big difference,” he said. “Excellent job.”