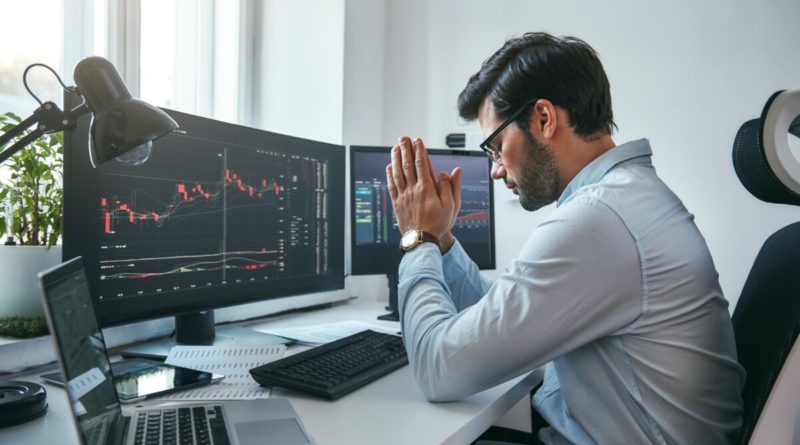 As a result of the financial crisis of 2008, Warren Buffett lost about $23 billion personally, and his company, Berkshire Hathaway, lost its AAA credit rating. So how can he tell us not to lose money, then?

He invests only in companies that he understands and thoroughly researches. You shouldn’t enter into an investment expecting to lose money, just as he doesn’t. For Buffett, temperament is more important than intellect when it comes to investing. To become a successful investor, you should not worry about what the crowd thinks.

It is natural for the stock market to fluctuate. Buffett stays focused on his goals no matter how good or bad the economy is, and all investors should do the same. It does not matter what the market does; this esteemed investor rarely tweaks his long-term investment strategy.

But I’d also add that sometimes you have to learn by making mistakes. Sure, I’m just as guilty of sharing hacks on how to make millions. But I want to flip the script and share with you the six mistakes that collectively cost me $4.2 million. Hopefully, you won’t repeat the same blunders that I did.

Penny stocks should only cost pennies, right? It’s not quite that simple. To qualify as a penny stock, the stock price must be less than $5.00. Penny stocks also have the following characteristics:

Penny stocks are popular among investors because of their low cost and “potential” payoff. Ideally, “potential” could be translated as “highly unlikely.”

There’s no liquidity in penny stocks, which makes them risky. In addition, the penny stock market is not listed on the major exchanges (NYSE or Nasdaq) but on the Over the Counter Bulletin Board (OTCBB) or the Pink Sheets.

Many of these companies don’t have to provide as detailed a report as their publicly traded counterparts because the listing requirements are far less stringent.

Another risk involved with penny stocks is that they’re prone to scams. Typically, penny stock fraud involves a “pump and dump.” First, small groups of speculators will accumulate large shares of penny stocks. Then, as soon as they secure their positions, they will release positive financial propaganda, news so unexpected and titillating it can drastically change people’s perceptions.

It aims to entice small-time investors to begin trading irrationally. Most of the time, the news is false, but before it is discovered, the stock price skyrockets, and the original speculators profit greatly.

If we go back in time a little bit, I used to be a financial advisor. And that’s when this debacle took place. To be honest, it still makes me sick to my stomach.

So, what exactly happened?

A client told me about their daughter’s boyfriend, whose dad worked for a mining company. In hindsight, this should have been a red flag. But I was caught up in the moment.

Since this was a penny stock, also known as a thinly traded over-the-counter security, there wasn’t much news about it since it had just signed some new deals. But, according to his theory, this penny stock would soar pretty quickly.

I had some cash in my investment account and decided to roll with it. So, I placed a trade to buy some shares of this stock that would make me millions.

As far as trading is concerned, the OTC market is like the Wild West. Just because the stock is trading at $0.90 doesn’t mean it will be bought or sold at $0.90.

When I place a buy order “at the market,” the price could shoot up to $1.90 or $3.00, depending on whatever their price might be. So essentially, that’s what happened in my case.

I ordered 2,500 shares (I can’t remember exactly), and a few 100 shares were executed at what I thought was the market price. Unfortunately, my mistake was that many of them were double the price I wanted to buy them for.

Even worse, after the trade settled, the prices reflected what I had originally paid.

Where Did It All Go Wrong?

I have to swallow my pride here. But here’s how I screwed this one up.

The Iraqi Dinar was all the rage while we were deployed. It’s basically their currency. I don’t remember all the details. But I remember the Kuwaiti dollar back then, whenever the United States went in and got their government in order. So, as a result, the Kuwaiti skyrocketed.

So, the Kuwaiti currency might have taken only $1,000 in U.S. currency to buy a million-dollar bill. I don’t know if you would have had that much extra money, But if you did, that’s a huge, huge return.

Well, many speculated that the exact same thing could happen in Iraq. Some claimed that if you invested in Iraqi Dinar, you could make a 100 return. In the end, I bought a million dollars worth of Iraqi dinars.

Since this was 2005, I can’t recall the exact ratio. But the exchange rate was somewhere around 750 or 800. And there were also fees thrown as well.

What is the current state of the Dinar?

Here’s the thing. After all these years, it’s still sitting in our safe. If I put in 750-800 bucks back in 2005, that’s worth $684.93 U.S. dollars. So think about what would have happened if I’d bought $800 of the S&P 500 instead. I lost an opportunity because I didn’t invest in something that would have definitely turned a profit.

Solo 401(k)s and individual 401(k)s can help you save considerably more for retirement than just IRAs if you’re self-employed or own a small business.

Both the employee and employer contribution limits are astronomical ($58,000 in 2022), and you don’t need a traditional employer or “boss” to open this account.

Solo 401(k)s work precisely as they sound. If you decide to open your own account with an online brokerage firm, you take the initiative to do so. In terms of Solo 401(k) brokerage firms, there are many to choose from online.

So far, so good. What was the financial blunder?

Well, I came across a solo 401(k) when I co-founded my own investment firm. I had a SEP IRA at the time, But I wanted to save more. So, a Solo 401(k) was appealing to me—especially as a business retirement plan.

Along my journey, I eventually ended up on a sales call. And, to be honest, the pitch was incredible. They told me that if I invested $8,000, they would give me all the proper training so that I could sell this plan to other entrepreneurs. If I sold a couple, I would easily get my money back.

How many did I sell? Zero.

I’m blaming this company completely. I was just in way over my head because I didn’t know how much work would be involved. And I should have that question from the get-go.

This next one is more recent and a little more personal since my kid’s here into this. And that’s sports cards.

We used to call these baseball cards in the day regardless of the sport. However, today, they’re known as sports cards. And they blew up during the pandemic.

For example, after the tragic passing of Kobe Bryant, the price of his cards spiked. Then, a documentary came out that was similar to the “Last Dance.” So, people were speculating that just like Micheal Jordan, the value of Kobe Bryant cards would soar.

Guess what? I bought into the speculation and dropped a grand on a Kobe rookie card. Today, I can buy that same card for $250 or $300.

Where it gets really bad is that I purchased a lot of rookies for players like Keven Durant and Zion Williamson. And the prices have all plummeted. I might even go as far as to say that I spent more on sports cards than the Solo 401(k).

One of my close friends, who I respect, also joined the podcast and talked a lot about Celsius Network. I am not blaming him in any way for what happened. I’m a grown man, after all. However, I didn’t have to go to Celsius Network. Despite that, I appreciated what he had to say.

I ended up transferring a large amount of my cryptocurrency after conducting my own research. When I transferred it, I think there was some Bitcoin and Ethereum, and perhaps Cardano. In any case, Bitcoin was trading between $40 and $60 dollars at the time. It is currently trading at around $20 as of the date of this article.

Look, the crypto market is volatile. That’s the risk you take. But, it’s what specifically happened to Celsius Network where I suffered the most amount of losses.

The case is currently in claims court. I may be able to get some of it back from the bankruptcy proceeding. But I’m not holding my breath.

Considering its peak, I should probably have looked this up. The price, however, was over $200. Everything has gone downhill since then, as you all know. Let’s say Bitcoin was $60, and then it went to $220, but now it’s down to 20. If you take a third of that, I have only lost about seventy thousand dollars. I only say that because many others invested much more than I did. Or they invested a more significant portion of their net worth in Celsius Network.

The lesson? Beware of the new shiny object, like investing in Celsius Network.

But, if you start a business with someone else, this is another risk you should be aware of. Unfortunately, I learned this the hard way.

Initially, the partnership was fruitful. It propelled growth and generated more income than I ever imagined I could earn from my blog and online business. And I’ll always be grateful for that.

However, after a stretch of self-discovery, I realized that this partnership contributed to my stress and anxiety. And, even though it took a while, I needed to sever ties with this partner.

If I had to guess, ending this partnership, cost me between $2-$4 million in recurring income. That far exceeds the other ways that I’ve lost money.

Thankfully, I have more than enough income to support my family. And I do have multiple sources of income. But, still, that’s a serious hit.

Biz Markie, who rapped the classic song Just A Friend, dies at 57 from complications of diabetes