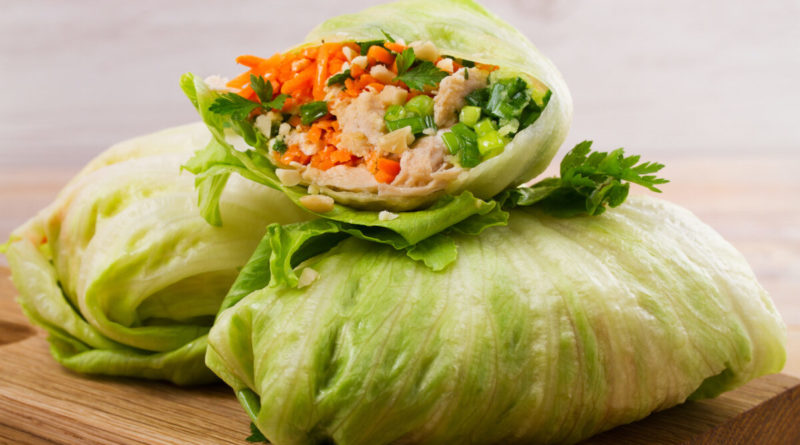 An alternative to gluten-free bread is lower-carb, lower-glycemic, grain-free tortillas, which can work well on occasion. But the healthiest, most nutrient-rich alternatives to bread are easy-to-fix ones made from vegetables and fruits.

Why Not Go Gluten-Free the Standard Way?

Unwanted weight gain is a common result of eating processed gluten-free breads and other products. In one study published in The American Journal of Gastroenterology in 2006, 82 percent of people who went on a gluten-free diet gained weight in the first two years of eating that way, including 81 percent of the people in the study who were overweight.

A standard gluten-free diet is linked to an increased risk of metabolic syndrome in people who have celiac disease or non-celiac gluten sensitivity.

A 2020 study found that there was an increase in weight gain and a 20 percent increase in the prevalence of metabolic syndrome in patients with celiac disease who followed the gluten-free diet for six months.

In a study on patients with gluten sensitivity who ate gluten-free for six months, there was no significant weight gain, but there was a 15 percent increase in the prevalence of metabolic syndrome and a 20 percent increase in fatty liver disease, which is an excess of fat stored in the liver—another condition strongly associated with metabolic syndrome.

The Lowdown on Grain-Free Tortillas

Instead of eating gluten-free bread or tortillas, it’s tempting to turn to grain-free tortillas. They’re a better option than their gluten-free counterparts for many people because they’re generally lower in carbohydrates and lower glycemic.

Beware, however: Grain-free tortillas often are made from cassava flour, a high-glycemic, low-nutrient starch, or from chickpea flour, almond flour, or coconut flour, ingredients that can be allergenic and problematic for some people who are intolerant.

A golden rule in nutrition is the simpler and cleaner the ingredients, the better it is for health. Keeping that in mind, almond flour tortillas made by Siete and coconut flour tortillas manufactured by a number of companies can be good grain-free tortilla options.

When it comes to gluten-free, the healthiest strategy begins when you let go of the belief that your sandwiches have to look like traditional sandwiches or that your wraps must be made with flour-based bread or tortillas.

Instead, think outside the bread box and get creative using vegetables (and two fruit) as alternatives to buns and wraps. Try these seven produce-based ideas for bread substitutes.

Collard wraps: Collard greens, either raw or lightly steamed, also make nice low-carb wrappers. Be sure to remove the prominent spine on each leaf using a paring knife. Start near the bottom, shave away only the thick part of it, and be careful not to cut through the leaves.

You can steam the collard greens for a few minutes until bright and tender, then arrange them on a plate and use a paper towel to pat dry before filling them. Try them with red pepper hummus and assorted vegetables with or without chicken strips.

Endive boats: Buy green or red endive bulbs, cut off the base, and use the leaves as super-low carb boats you can top with the filling of your choice. They can serve as appetizers or light meals. Try them with chicken or tuna salad, or chopped cooked shrimp with diced cucumber, pineapple, cilantro, and lime juice.

Cucumber subs: Believe it or not, this fruit (commonly mistaken for a vegetable) can serve as a refreshing alternative for a submarine bun when you’re making a sandwich! Cut it in half lengthwise, scoop out the middle, and top it with anything for an easy-to-make, open-faced sandwich.

To cook them, drizzle or brush the portobello caps with extra-virgin olive oil. Place them on a small baking sheet gill side up and roast the caps for 12 minutes, or grill them for about 5 to 7 minutes on each side.

Season them with salt and pepper, and allow them to cool slightly, release their juices, and dry a bit before using them as buns to sandwich virtually any type of burger.

Drizzle with a few tablespoons of olive oil or coconut oil, and place in a 400-degree, preheated oven. Roast the sweet potato slices for 5 minutes, then flip them over and roast for another 5 minutes, then remove from the oven and set aside on a plate.

Stack a small broiled turkey burger with sage or a small piece of cooked fish and a few spinach or lettuce leaves on top of each sweet potato slice, and place another roasted sweet potato slice on top. Use a toothpick or skewer to hold each mini-sandwich together.

Apple slices: For a lighter alternative to peanut butter or almond butter and jelly sandwiches, use apple slices as the bread substitute. Slice an apple crosswise, and cut a hole through the center of each slice to make bagel-like apple slices. Use 2 apple slices to make a small sandwich with nut or seed butter in between. Kids love these, and they’re quick, handy sandwiches for adults, too! Melissa Diane Smith is a holistic nutrition counselor and journalist who has been writing about health topics for more than 25 years. She is the author of several nutrition books, including “Syndrome X,” “Going Against the Grain,” “Gluten Free Throughout the Year,” and “Going Against GMOs.”

About 13,000 Haitians Released Into US