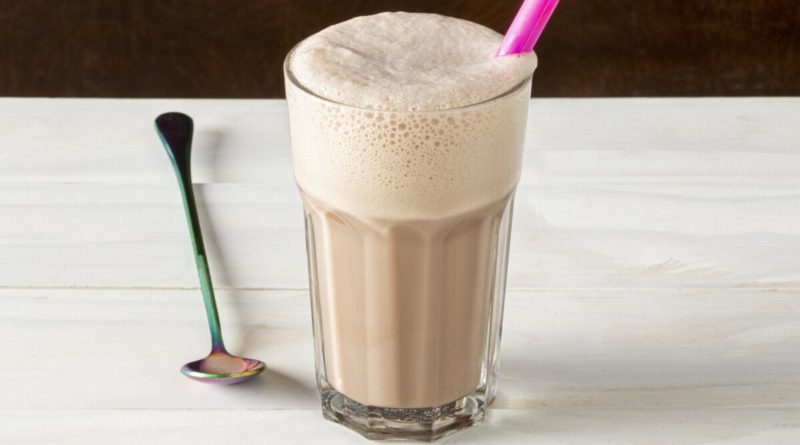 
Egg creams are a beverage steeped in history and mystery. An iconic New York City drink, egg creams reached peak popularity in the early 1900s, particularly in Brooklyn and the Lower East Side of Manhattan, where soda fountains and candy shops dotted the streets, serving sodas, sundaes, and, of course, egg creams.

The origin of the name “egg cream” is murkier than its timeline. Some say it was inspired by the foam at the top of the drink, which looks like whipped egg whites. Others claim that a man who had recently returned from France, where he enjoyed a drink called “chocolat et crème,” ordered one at a New York soda fountain. He explained the recipe to the soda jerk working behind the counter, who misheard the name of the drink as “chocolate egg cream.”

Another possibility? Around the turn of the 20th century, many soda fountain drinks featured eggs or egg whites. It’s possible that the original egg cream did contain eggs, but they were removed during the Great Depression to make the drink more affordable. As egg creams were popular among the large Jewish American populations in Brooklyn and Manhattan, some believe that “egg cream” is an Americanization of “echt keem,” Yiddish for “pure sweetness.”

The true story is lost to time, but this historic beverage isn’t. And you don’t have to travel to New York to have one — you can make it right in your own kitchen!

Chocolate egg creams are classic, but New Yorkers also enjoy a vanilla version, traditionally made with Fox’s U-Bet Vanilla Syrup, or a “black and white,” made with both chocolate AND vanilla syrups.

Notes: Fox’s U-Bet Chocolate Syrup is traditionally used in New York egg creams, but you can substitute other brands of chocolate syrup. Do not use low-fat or skim milk in this recipe. For a salty-sweet combination, chocolate egg creams are sometimes served with a pretzel rod, especially in Brooklyn, New York.

1. Add chocolate syrup to glass. Pour milk on top. Use a long spoon to stir until well combined.

2. Pour in cold seltzer. Working quickly, stir mixture hard until well combined and thick layer of foam forms on top, about 30 seconds. Serve immediately with straw (if using) and pretzel rod (if using).