All learned something new about China as audience members at the March 12 matinee of Shen Yun at the Eventim Apollo. Shen Yun is the New York-based classical Chinese dance and music phenomenon presenting a vision of China before the communist era. The company has enthralled audiences annually since 2006.

“I’ve learned that there are different regional traditions across different places within China. That’s something I might not have appreciated as much,” financial advisor McConnell said. He brought his family to the show to increase their cultural exposure, and ended up increasing his own as well.

“I enjoy the dance and the music, and I’m possibly learning some more about the culture and history,” he said.

Guy Harwood, a financial risk manager, said he saw a different side of China.

Maylene Davis was a research assistant for the social science department at a Hong Kong University and is a civil servant in the British government. She and her husband Darren James Harris are fans of Chinese costume dramas but saw a spiritual side of Chinese culture that might not be obvious today.

“I didn’t realize that in the Chinese culture, they all thought we come from heaven. The emperor thought he was divine,” said Mr. Harris, referring to a piece that illustrates the creation of China.

Marketing manager Guy Smith reflected on the contrast between the Chinese people and what they’ve been through under communism.

“It’s a really difficult thing that’s happening in China right now. China’s an interesting place,” Mr. Smith said. “The people of China were lovely and amazing. If you meet a person on the street, they’re so welcoming and friendly. But what’s happening with the Communist Party is it’s really taken us so far away from old China.”

To anyone who’s thinking of seeing Shen Yun, Smith says, “It’s awesome. You won’t have seen a show like this before. Come and see it.”

Are Tesla’s Sudden China Woes a Harbinger of Things to Come? 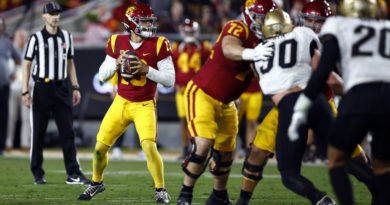