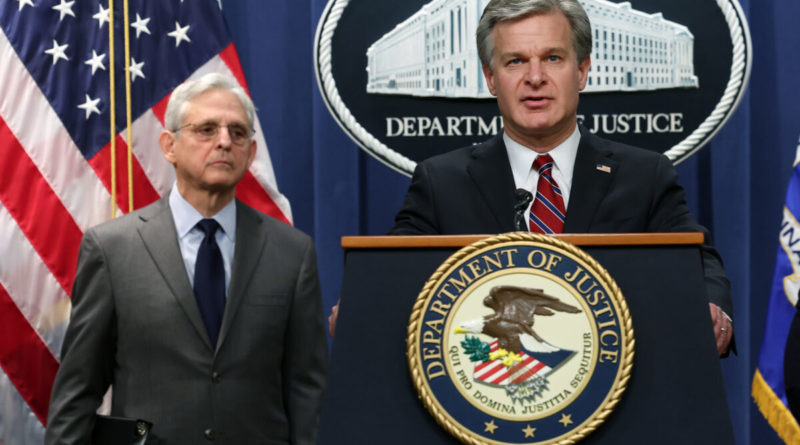 
The recent revelations shedding light on the collaboration between Twitter and the FBI are just the “tip of the iceberg,” retired FBI agent and former assistant district attorney, Marc Ruskin, alleged in an interview that aired on Newsmakers by NTD and The Epoch Times on Dec. 21.

To fully uncover the collusion between Big Tech and the FBI, Ruskin believes a special counsel is necessary.

“This really is exactly the kind of situation that calls out for a general, or special, counsel to find out who was involved,” Ruskin stated.

“And more importantly, at this point, who … in the government … authorized these intrusions into the constitutionally protected rights of the individuals’ accounts who were highlighted, and were flagged, by the Bureau and other agencies.”

According to Ruskin, Twitter isn’t unique in its interactions with government agencies.

“We’re going to find that there were other interactions between the official government agencies, such as the Bureau [FBI] and Homeland Security, and other tech giants.”

Because of that interaction, Ruskin stated there must be an immediate investigation. And, in addition to calling for a special counsel, Ruskin believes congressional hearings are in order, as is an investigation led by the Justice Department’s Inspector General.

Further about the FBI’s involvement with Twitter, Ruskin stated “It clearly has the appearance of impropriety. And a full investigation would show if there was an abuse of power.

“It certainly appears likely that the line was crossed here, between what is appropriate behavior in a democracy, where you expect a federal law enforcement agency to be independent and objective.

“Here, it certainly appears that the line’s been crossed and that independence and objectivity were cast aside, at least by the upper managers [at the FBI].”

Regarding freedom of speech in America, Ruskin believes the First Amendment is under attack.

“Twenty or 30 years ago, there was a unanimity in terms of believing that speech—especially political speech, expression of belief, or religious speech—was sacrosanct and could not be interfered with.

“Now, with the insertion of the concept of ‘misinformation,’ in order to justify what [German-American philosopher Herbert] Marcuse called ‘repressive tolerance’—which is to say when you argue that there should be freedom of speech, however, some speech needs to be restricted for the good of society—that’s the way that they’re kinda easing in the back door. By qualifying certain speech as ‘harmful to society,’ and thus, deserving of control and limits.”

Ruskin alleged that once you introduce Marcuse’s basic concept, the question becomes who determines what qualifies as “misinformation,” or “good speech,” and “bad speech?” And that’s where the attack on free speech becomes particularly dangerous, as it’s a “slippery slope into a totalitarian state.”

Since taking over Twitter, Elon Musk has been vocal about transparency and the need for people to see what happened behind the scenes at the social media company. To that end, he released secret emails and discussions about shadow-banning or removing accounts that didn’t toe the party line. They’re called the Twitter Files.

Other information in the drop alleges FBI officials flagged specific accounts for suppression by Twitter.

In response to the allegations, the FBI released a statement to Fox News denying any impropriety on their part.

“The correspondence between the FBI and Twitter shows nothing more than examples of our traditional, longstanding, and ongoing federal government and private sector engagements, which involve numerous companies over multiple sectors and industries,” the statement reads.

It further asserts that the allegations against the FBI result from “conspiracy theorists” working to discredit the FBI to Americans.

As part of its reporting, The Epoch Times sought comment from the DOJ and the FBI on the Twitter Files revelations and their involvement with social media companies.

“It is not based on the content of any particular message or narrative. Private sector entities independently make decisions about what, if any, action they take on their platforms and for their customers after the FBI has notified them.”

Katie covers energy and politics for The Epoch Times. Before starting her career as a journalist, Katie proudly served in the Air Force as an Airborne Operations Technician on JSTARS. Katie’s writing has appeared on CNSNews.com, The Maverick Observer, The Motley Fool, First Quarter Finance, The Cheat Sheet, and Investing.com. Email her at katie.spence@epochtimes.us

14-year-old killed, several others injured in 2 overnight shootings in Chicago