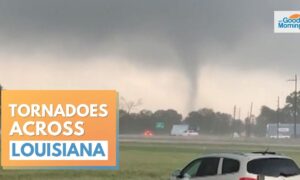 Storms in the Southern U.S. leave a trail of destruction. At least three people are dead and multiple injured after Tornadoes tore across Louisiana.

Prosecutors played police body cam video of the hammer attack on Paul Pelosi in court on Dec. 14. The accused attacker, David DePape, appeared in court in an orange jumpsuit. According to officer interviews, he allegedly had 3 additional targets.

Topics in this episode include:

It’s ‘Way Past the Time’ for Confucius Institutes to Close: Experts

10 Ways to Prepare Yourself for a Big Purchase