The British charity Mermaids, which promotes transgenderism in gender-dysphoric children, is being scrutinised over safeguarding concerns after claims it supplied chest-binding devices to teenagers.

On Friday, the Charity Commission, the regulatory body for charities in England and Wales, confirmed that it is looking into concerns about Mermaids’ approach to safeguarding young people.

Mermaids is a children’s charity that supports “gender variant and transgender youth.” It also provides gender-diversity training in many places such as the NHS, schools, social services, children and adolescent mental health services, police and uniformed services, as well as other charity and corporate clients.

An investigation in The Telegraph alleged that the charity sent chest-flattening devices to children as young as 13 and 14 against their parents’ wishes or behind their parents’ backs.

It also claimed that staff with no medical training were found to have given advice to users as young as 13, and that puberty-blocking drugs were being promoted as “safe and totally reversible.”

After the publication of the story, the Charity Commission received and assessed a number of complaints about Mermaids.

A breast-binder is a body brace device for girls who want to flatten their breasts to appear male.

Top British pediatrician Dr. Hilary Cass, who wrote the interim Cass Review (pdf) on the now-closed transgender clinic for minors, Tavistock, said that binding processes used to conceal the breasts of those suffering from gender dysphoria were ‘painful, and potentially harmful.”

A Charity Commission spokesperson told The Epoch Times by email: “Concerns have been raised with us about Mermaids’ approach to safeguarding young people. We have opened a regulatory compliance case, and have written to the trustees. We now await their reply.”

The case is a regulatory compliance case and not a statutory inquiry, meaning that this is not in itself a finding of wrongdoing, but rather it is the first step the Commission can take in examining potential wrongdoing.

A Mermaids spokesperson told The Epoch Times by email that it had received the letter from the Charity Commission and would be responding directly to the regulatory body in due course.

The spokesperson pointed to a Mermaids statement on Sept. 26 that responded to The Telegraph article saying that it had “robust security and moderation processes in place to ensure our forums are a safe space for trans, non-binary and gender diverse young people and their families.”

“In August 2022, an individual, possibly a journalist, tried to gain access to the Youth forums by pretending to be a 14-year-old in need of support, seemingly with the aim of discrediting Mermaids,” it wrote, adding that it “will continue to regularly review our processes and procedures to make sure our forums remain safe and secure.”

On breast-binders, it said that it takes “a harm reduction position with the understanding that providing a young person with a binder and comprehensive safety guidelines from an experienced member of staff is preferable to the likely alternative of unsafe practices and/or continued or increasing dysphoria.”

It added that puberty blockers are an “internationally recognised safe, reversible healthcare option which have been recommended by medical authorities in the UK and internationally for decades.”

In July, the U.S. Food and Drug Administration warned that puberty blockers can cause vision loss in children. Medical authorities in England, Sweden, Finland, and France have started to turn their backs on such treatments.

James Esses is the co-founder of Thoughtful Therapists, a group of psychotherapists and counsellors working in the area of gender dysphoria.

In 2021, Esses was ejected from his psychotherapist training course, three years in, for openly discussing his fears that young children expressing discomfort in their bodies were being actively encouraged to transition.

Esses told The Epoch Times that he was “extremely pleased to see the Commission is taking some action against Mermaids.”

“The main thing now is that they do a proper and thorough investigation,” he said.

“The type of content they put out to young people, through the website and the podcast is extremely concerning. There are lots of ideologies being pushed on children. There’s subtle coercion towards transitioning, alienation from parents and families,” he added.

He said that there are many large companies associated with Mermaids through its fundraising.

“I would hope that having had these safeguarding issues brought to their concerns, they would now be cutting ties with Mermaids. And if they don’t, then they are complicit with what is going on,” said Esses.

‘Not a Criminal Offence’

A Metropolitan Police spokesperson told The Epoch Times by email that the “supply of a breast-binder is not a criminal offence.”

“The Met supports transgender and gender-diverse individuals who freely choose to wear a breast-binder,” the spokesperson added.

“If an individual case regarding the practice of breast ironing, or concern regarding the use of a breast-binder, is reported to police, it may be assessed jointly with social services. The same approach would be taken regardless of culture, faith or community to ensure the safety and wellbeing of the individual concerned,” they said.

“We would like to reassure individuals who choose to wear a binder that they are not committing a criminal offence,” added the spokesperson. 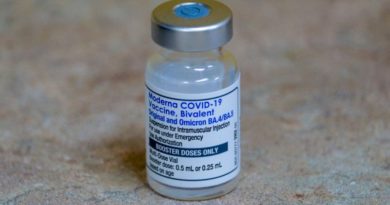