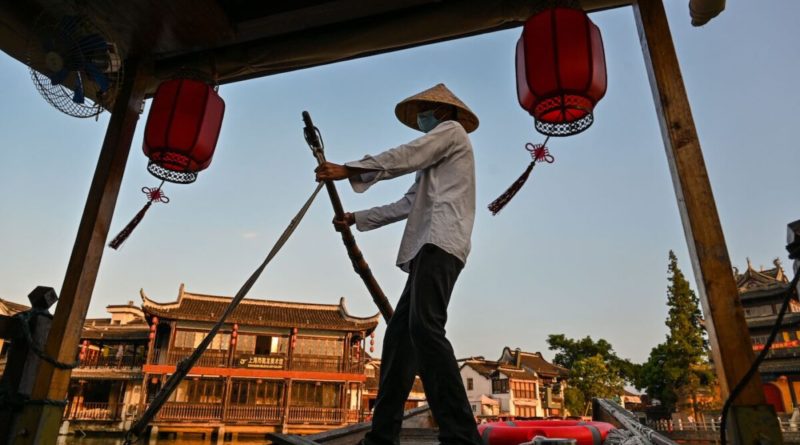 
“Lonely Planet” will cease publishing its monthly Chinese language travel magazine from 2023 after its last issue this December.

“For the loyal readers and editors who love this brand and magazine, it’s probably hard to keep calm at this moment,” the post said, adding: “It’s as if an old friend who has been with us for many years is about to part, and as if an era has come to an end.”

The Chinese language edition of “Lonely Planet China” magazine has published 125 issues since its inception in August 2012.

Many readers of the magazine said they would miss it.

“So sad to hear that the magazine is being discontinued; it feels like something is missing,” said Song Yao (a pseudonym), a citizen of Shenyang, Liaoning Province.

“I had thought I could rely on ‘Lonely Planet’ to go outside after the epidemic was over,” Song told The Epoch Times on Nov. 16.

Song said “Lonely Planet” inspired her when she was a student to dream of traveling the world. When she was in her college dormitory, she and her roommates would pool their money so they could buy copies of the magazine. Although they didn’t go anywhere at the time, she said that they were happy reading about the destinations.

Others online voiced their appreciation for the magazine and their feelings about its termination.

“From the first time I read ‘Lonely Planet’, it became my core reading book for far-away travels. It has accompanied me through the southwest of China and South Asia,” one netizen said.

“The ‘Lonely Planet’ is more like a dream guide for me,” another netizen said.

Many foreign companies are looking to reduce, shift or drop their operations in China in the face of Beijing’s stringent Zero-COVID policy that has severely impacted the nation’s industry and economy.

“Lonely Planet” has faced a similar dilemma, but it vaguely stated that the ending of its monthly edition in China was due to “various reasons, such as contract expiration.”

According to “Lonely Planet’s” announcement, its Chinese social media platform accounts—WeChat and Sina Weibo—will be separate from the Lonely Planet brand, but its guidebooks will continue to be sold in China.

The social media accounts will be renamed “Planet Seeker,” a sub-brand of SinoMaps Press Group, which had been licensed by “Lonely Planet” to produce the Chinese version of the “Lonely Planet China” magazine.

SinoMaps Press Group attributed the monthly magazine’s termination to an overall downturn of the paper media industry and the sluggish travel sector affected by COVID-19, reported Chinese media, The Paper, on Nov. 15.

Epoch Times reached out to SinoMap Press, but there was no response before the time of publishing.

Tony Wheeler and his wife, Maureen Wheeler, founded “Lonely Planet” in 1973, and in time, its guidebooks grew in popularity, and their project became a publishing group that had at one stage more than 500 employees across four continents.

In 2007, “Lonely Planet” was acquired by the BBC for $130 million; in 2013, the BBC sold “Lonely Planet” to NC2 Media, a U.S. media company, for about $77 million, with the Wheelers completely divesting themselves of the company’s operations.

Before the advent of smartphones and new media, “Lonely Planet” sold 100 million copies of its English-language travel guidebooks in 2010. However, with the rise of digital technologies over the past decade, the way travelers access travel information has greatly altered, with the use of Google Maps and online user sites being examples.

Although “Lonely Planet” has launched mobile apps for travel tips since 2011, the results have been mixed in what has become a very competitive digital marketplace.

Due to a further decline in business due to COVID-19, “Lonely Planet” had to close some of its operations in a bid to reduce costs, including its Melbourne and London offices. It also limited some of its publications, such as ending its range of children’s non-guidebooks.

The company said that it was a “sad ”and “difficult decision” to cut back its publishing operations.

Although no longer in any role with the company, Tony Wheeler was “shocked” to learn of “Lonely Planet” cutbacks and said he was concerned about the future of the travel industry.

Kane Zhang contributed to this report.

Jessica Mao is a writer for The Epoch Times with a focus on China-related topics. She began writing for the Chinese-language edition in 2009.