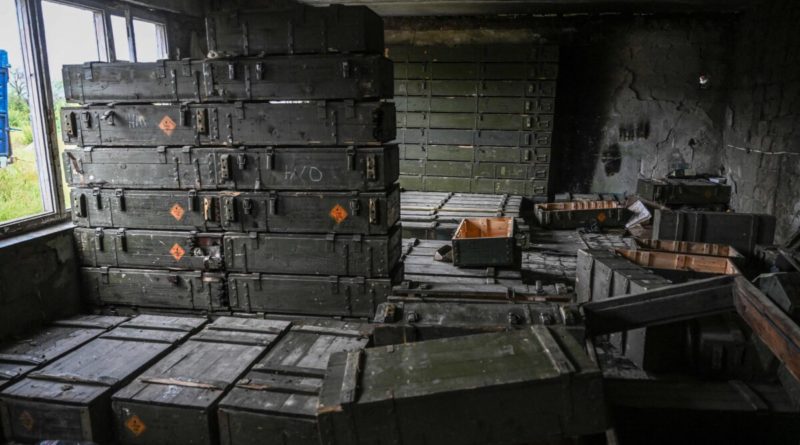 No matter the outcome on the battlefield, the Ukraine War already has a clear winner: that small band of long-range planners, logisticians, and military analysts who have insisted “cutting corners in maintaining war reserve stocks was a false economy …”

Definition of war reserve stocks: warfighting material, produced in peacetime or left from a prior conflict, that is stored for use in a future war.

Full disclosure: I’m an associate editor at StrategyPage.com. I pulled the “cutting corners” quote from an April 2016 StrategyPage “Procurement” update that discussed the major shortage of “smart” air-delivered munitions created by the 2011 NATO war in Libya. The lingering shortage impeded U.S. and allied operations in Iraq and Syria in 2015. Why? Replenishing depleted war material stockpiles, especially munitions, takes time and money.

When senior Pentagon officials are asked to testify, they have to admit that “munition expenditure” depends on the situation—who is fighting (America or an ally?), when the fight occurs (next week or in 10 years?), where the fight occurs (Taiwan, Syria, Poland?) and the weapon systems required to win the battle. Doing this takes military judgment, budget foresight, an assessment of evolving U.S. and allied interests, estimates of current and future manufacturing capacity and a detailed knowledge of, oh, several thousand weapons systems, their munitions and how they are employed.

Typical Beltway scenario: “Oh, so your request is based on a guess, General?” snarks the congresswoman from the Bronx. Gee, I think we have just found money to fund my favorite critical race theory program.

StrategyPage reprised the 2016 quote in an update published this month. Why? Because the Ukraine War has demonstrated “deep preparation” for war matters and the Beltway and major media are suddenly interested.

The demand for specific Western nation-supplied weapon systems by Ukraine and the munitions expenditure rate reflects the larger operational phases we have witnessed on the battlefield.

Russia launched ground and air operations in late February and early March 2022. Russia relied on armored columns (tanks and armored infantry vehicles) and aircraft and helicopter strikes. The Kremlin attempted to use maneuver and conduct a mobile war.

The Trump administration had supplied Ukraine with infantry-portable Javelin Anti-Tank Guided Missiles (ATGMs). It was a godsend. Ukrainian soldiers knew how to use them, and they devastated stalled Russian armored columns. (It helped that the poorly trained Russians couldn’t integrate infantry and tanks in effective combat teams.)

By mid-April 2022 Western nations had provided Ukraine with some 90,000 portable anti-tank and air defense weapons—a lot of weapons.

We move to the more static phase—the artillery slugfest reminiscent of WWI.

According to estimates I’ve read, the United States has supplied Ukraine with around one million 155 mm artillery shells. In doing so, StrategyPage reports the U.S. has depleted its artillery shell war reserves. South Korea replenished a portion of the U.S. shortfall, which should give the U.S. time to increase production. StrategyPage says, however, “the 155mm shell reserves won’t be restored to 2021 levels until 2027 or 2028.”

Ukraine’s artillery star has been the U.S.-made Guided Multiple Launch Rocket System (GMLRS) fired by the HIMARs wheeled launcher. The GMLRS is a very smart weapon. I’ve seen no estimates on the number of rockets fired but it has to be in the thousands.

The GMLRS is a critical Army and Marine weapon on every battlefield but has real utility in a war with China. The expended rockets must be replaced.

StrategyPage’s report made that point for all U.S. munitions: “While European NATO nations don’t have to worry about their major threat, Russia, while they rebuild their war reserves, the Americans have to plan for potential conflicts elsewhere, like China, North Korea and Iran.”

Congress needs to do its duty and replenish the U.S. munition stockpile.

Austin Bay is a colonel (ret.) in the U.S. Army Reserve, author, syndicated columnist, and teacher of strategy and strategic theory at the University of Texas–Austin. His latest book is “Cocktails from Hell: Five Wars Shaping the 21st Century.”