A V-22 Osprey aircraft—a multi-mission, tiltrotor military aircraft with both vertical takeoff and landing—belonging to the U.S. Marine Corps “has hit the ground,” said a spokesperson for the Joint Rescue Coordination Centre (JRCC) in Norway.

The spokesperson said the status of the people on board the aircraft was not known.

The aircraft had been taking part in a NATO military exercise called Cold Response 2022. The naval, air, and ground drills started earlier this week and involves 30,000 troops, 220 aircraft, and 50 warships.

According to a statement from the JRCC of Northern Norway, the aircraft was reported missing at 6:26 p.m. local time, south of Bodo. It was due to land around 6:00 p.m., the statement said. The last known position of the aircraft was Saltfjellet.

The JRCC spokesperson said a rescue helicopter and a Norwegian military Orion plane were searching the area and located the plane from the air at 9:17 p.m. local time.

“We found it after an emergency signal was received,” he said. “Because of the bad weather, we cannot get down. Police and rescue services are on their way” by land, according to the spokesperson.

“Further coordination is handled by the police in Nordland,” per the JRCC statement.

According to NATO, the military drills that the plane is involved in involve “tens of thousands of troops from across Europe and North America [who] are training together in harsh climatic conditions.”

“Around 30,000 troops from 27 nations, including NATO’s close partners Finland and Sweden, are taking part in the exercise, as well as about 220 aircraft and more than 50 vessels,” NATO also wrote.

The drills are held every two years over large areas across Norway, including above the Arctic Circle. The latest drills were planned long before Moscow’s invasion of Ukraine on Feb. 24, and seeks to explore how Norway would manage reinforcements. NATO said that it offered an invitation to Russia to observe the drills, but Moscow declined to attend.

Jack Phillips and Reuters contributed to this report.

Low Interest and Mortgage Rates Incentivize Buyers—But What About the Future? 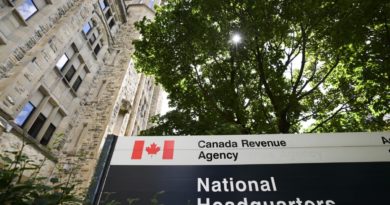