Stocks tumbled on Wall Street and across European markets Thursday as investors grew increasingly concerned that the Federal Reserve and other central banks are willing to risk a recession to bring inflation under control.

The S&P 500 fell 2.5 percent, with more than 90 percent of stocks in the benchmark index closing in the red. The Dow Jones Industrial Average fell 2.2 percent and the Nasdaq composite lost 3.2 percent. The broad slide erased all the weekly gains for the major indexes.

The wave of selling came as central banks in Europe raised interest rates a day after the U.S. Federal Reserve hiked its key rate again, emphasizing that interest rates will need to go higher than previously expected in order to tame inflation.

“It’s this coordinated central bank tightening — stocks tend to not do well in that environment,” said Willie Delwiche, investment strategist at All Star Charts.

The Fed raised its short-term interest rate by half a percentage point on Wednesday, its seventh increase this year. Central banks in Europe followed along Thursday, with the European Central Bank, Bank of England and Swiss National Bank each raising their main lending rate by a half-point Thursday.

Although the Fed is slowing the pace of its rate increases, the central bank signaled it expects rates to be higher over the coming few years than it had previously anticipated. That disappointed investors who hoped recent signs that inflation is easing somewhat would persuade the Fed to take some pressure off the brakes it’s applying to the U.S. economy.

The federal funds rate stands at a range of 4.25 percent to 4.5 percent, the highest level in 15 years. Fed policymakers forecast that the central bank’s rate will reach a range of 5 percent to 5.25 percent by the end of 2023. Their forecast doesn’t call for a rate cut before 2024.

The three-month Treasury yield slipped to 4.31 percent, but remains above that of the 10-year Treasury. That’s known as an inversion and considered a strong warning that the economy could be headed for a recession.

“The (stock) market’s reaction is now factoring in a recession, and rejecting the possibility of the ‘soft/softish’ landing” that Fed Chair Jerome Powell raised in a speech last month, said Quincy Krosby, chief global strategist for LPL Financial.

The prospect of more Fed rate hikes have heightened Wall Street’s worries about how company earnings could fare in a recession, Delwiche said.

”(Inflation) has peaked, it will peak, it did peak, whatever, that’s not the story,” he said. “The story now is how does the economy hold up? How do earnings hold up?”

The central bank has been fighting to lower inflation at the same time that pockets of the economy, including employment and consumer spending, remain strong. That has made it more difficult to rein in high prices on everything from food to clothing.

On Thursday, the government reported that the number of Americans applying for unemployment benefits fell last week, a sign that the labor market remains strong. Meanwhile, another report showed that retail sales fell in November. That pullback followed a sharp rise in spending in October.

Like the Fed, central bank officials in Europe said inflation is not yet corralled and that more rate hikes are coming.

“We are in for a long game,” European Central Bank President Christine Lagarde said at a news conference. 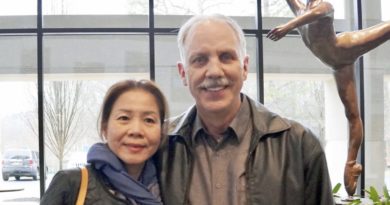 Show the Ants Who’s Boss and Other Household Tips