FILE – This combination of photos provided by the Hennepin County Sheriff’s Office in Minnesota on June 3, 2020, shows, from left, former Minneapolis police officers J. Alexander Kueng, Thomas Lane and Tou Thao. The former policer officers have been convicted of violating George Floyd’s civil rights when Officer Derek Chauvin pressed his knee into Floyd’s neck for 9 1/2 minutes as the 46-year-old Black man was handcuffed and facedown on the street on May 25, 2020. (Hennepin County Sheriff’s Office via AP, File)

Three law enforcement officers have been convicted for violating George Floyd’s civil rights. After nearly two days of deliberations, the jury reached a verdict on Thursday.

“These officers had a moral responsibility, a legal obligation and a duty to intervene,” said acting U.S. attorney Charles Kovats. “And by failing to do so, they committed a crime.”

Chauvin, who kept his knee on Floyd’s neck, pleaded guilty in December to federal charges while admitting to unreasonable seizure and force that resulted in his death. The former officer was sentenced to 22.5 years in prison.

Meanwhile, the medical examiner who conducted Floyd’s autopsy previously stated there were also other factors that played a role in his death, which included heart disease and drug use. On Floyd’s death certificate, while they weren’t listed under the “immediate” cause of death, “other contributing conditions” included fentanyl intoxication and recent methamphetamine use.

“The top line of the cause of death is what you think is the most important thing that precipitated the death, other things that you think played a role in the death but were not direct causes get relegated as to what’s known as the other significant conditions,” explained Dr. Andrew Baker, Hennepin County Chief Medical Examiner.  “So the other significant conditions played a role in the death, but didn’t directly cause the death.”

The three former officers now face a separate state trial in June as they face charges for aiding and abetting murder and manslaughter.

MORE NEWS: Biden’s Past Inflation Narrative Comes Back To Bite Him 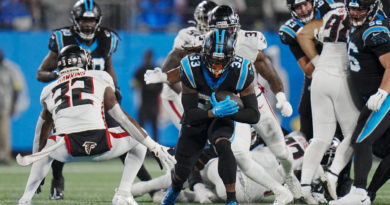