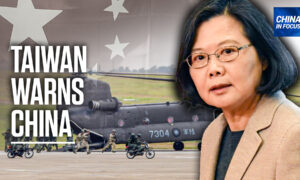 Over a dozen people are dead in China. Severe flooding in the country caused river overflow and a major bus accident, leading a number of passengers to drown.

There’s more tension between Taiwan and China. Taiwan’s president says the island will keep bolstering its defenses, and won’t be forced to bow to the communist regime.

Over a year into a border standoff, China and India are still in talks to cool the situation down. But their latest conversation didn’t go as planned.

NTD hears from a family that Chinese police are forcing to relocate, and how their struggle with the state turned what started as a housing crisis into a health crisis.

Beijing has selected a new target for its next clampdown: the private capital. The goal appears to be completely removing it from the media industry.