It might surprise you to learn that sugar consumption has actually been steadily decreasing since 2008. This could be happening for any number of reasons, including a shift in tastes and lifestyles, with the popularity of low-carbohydrate diets, like keto, increasing in the past decade. A greater understanding of the dangers of eating excess sugar on our health may also be driving this drop.

Reducing sugar intake has clear health benefits, including reduced calorie intake, which can help with weight loss, and improved dental health. But people sometimes report side-effects when they try eating less sugar – including headaches, fatigue or mood changes, which are usually temporary. The reason for these side-effects is poorly understood. But it’s likely these symptoms relate to how the brain reacts when exposed to sugary foods – and the biology of “reward”.

Carbohydrates come in several forms – including as sugars, which can naturally occur in many foods, such as fructose in fruits and lactose in milk. Table sugar – known as sucrose – is found in sugar cane and sugar beet, maple syrup and even honey.

As mass production of food has become the norm, sucrose and other sugars are now added to foods to make them more palatable. Beyond the improved taste and “mouthfeel” of foods with high sugar content, sugar has profound biological effects in the brain. These effects are so significant it’s even led to a debate as to whether you can be “addicted” to sugar – though this is still being studied.

Sucrose activates sweet taste receptors in the mouth which ultimately leads to the release of a chemical called dopamine in the brain. Dopamine is a neurotransmitter, meaning it’s a chemical that passes messages between nerves in the brain. When we’re exposed to a rewarding stimulus, the brain responds by releasing dopamine – which is why it’s often called the “reward” chemical.

The rewarding effects of dopamine are largely seen in the part of the brain involved in pleasure and reward. Reward governs our behaviour – meaning we’re driven to repeat the behaviours which caused dopamine to be released in the first place. Dopamine can drive us to seek food (such as junk food).

Experiments in both animals and people have shown how profoundly sugar activates these reward pathways. Intense sweetness surpasses even cocaine in terms of the internal reward it triggers. Interestingly, sugar is able to activate these reward pathways in the brain whether it’s tasted in the mouth or injected into the bloodstream, as shown in studies on mice. This means its effects are independent of the sweet taste.

In rats, there’s strong evidence to suggest that sucrose consumption can actually change the structures in the brain that dopamine activates as well as altering emotional processing and modifying behaviour in both animals and humans.

It’s obvious that sugar can have a powerful effect on us. So that’s why it’s not surprising to see negative effects when we eat less sugar or remove it from our diet completely. It’s during this early “sugar withdrawal” stage that both mental and physical symptoms have been reported – including depression, anxiety, brain fog and cravings, alongside headaches, fatigue and dizziness. This means giving up sugar can feel unpleasant, both mentally and physically, which may make it difficult for some to stick with the diet change.

The basis for these symptoms has not been extensively studied, but it’s likely they’re also linked to the reward pathways in the brain. Although the idea of “sugar addiction” is controversial, evidence in rats has shown that like other addictive substances, sugar is able to induce bingeing, craving and withdrawal anxiety. Other research in animals has demonstrated that the effects of sugar addiction, withdrawal and relapse are similar to those of drugs. But most of the research that exists in this area is on animals, so it’s currently difficult to say whether it’s the same for humans.

A change in the brain’s chemical balance is almost certainly behind the symptoms reported in humans who remove or reduce dietary sugar. As well as being involved in reward, dopamine also regulates hormonal control, nausea and vomiting and anxiety. As sugar is removed from the diet, the rapid reduction in dopamine’s effects in the brain would likely interfere in the normal function of many different brain pathways, explaining why people report these symptoms. Although research on sugar withdrawal in humans is limited, one study has provided evidence of withdrawal symptoms and increased sugar cravings after sugar was removed from the diets of overweight and obese adolescents.

As with any dietary change, sticking to it is key. So if you want to reduce sugar from your diet long term, being able to get through the first few difficult weeks is crucial. It’s important to acknowledge, however, that sugar isn’t “bad” per se – but that it should be eaten in moderation alongside a healthy diet and exercise.

This article is republished from The Conversation under a Creative Commons license. Read the original article. 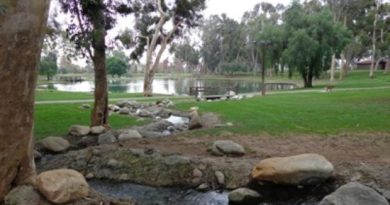