The SPAC, which merged with Trump Media and Technology Group public in October plans to launch its social media app, Truth Social, on Feb. 21. The app will have similar features to Twitter Inc. but posts will be referred to as “truths” as opposed to “tweets.”

On Wednesday, options traders piled into Digital World with over 80,000 options traded on the day. Calls amounted to about 77 percent of the total options traded and about half of the contracts expire this Friday.

On Wednesday, Digital World broke up through a key resistance level at $66.31 that had been holding the stock down since Oct. 29. Digital World then printed a bullish Marubozu candlestick on the daily chart, which indicated higher prices were likely to come on Thursday.

If Digital World closes the trading session near its opening price, it will print a doji candlestick, which may indicate the stock will trade lower on Friday to print it’s next higher low. The pullbacks to print higher lows are both healthy and bullish as well as giving traders who aren’t already in a position a solid entry point to go long.

Digital World’s relative strength index (RSI) is running high at about 70 percent, which also indicates a retracement may be needed to cool the indicator. When a stock’s RSI reaches or exceeds the 70 percent level, it becomes overbought, which can be a sell signal for technical traders. 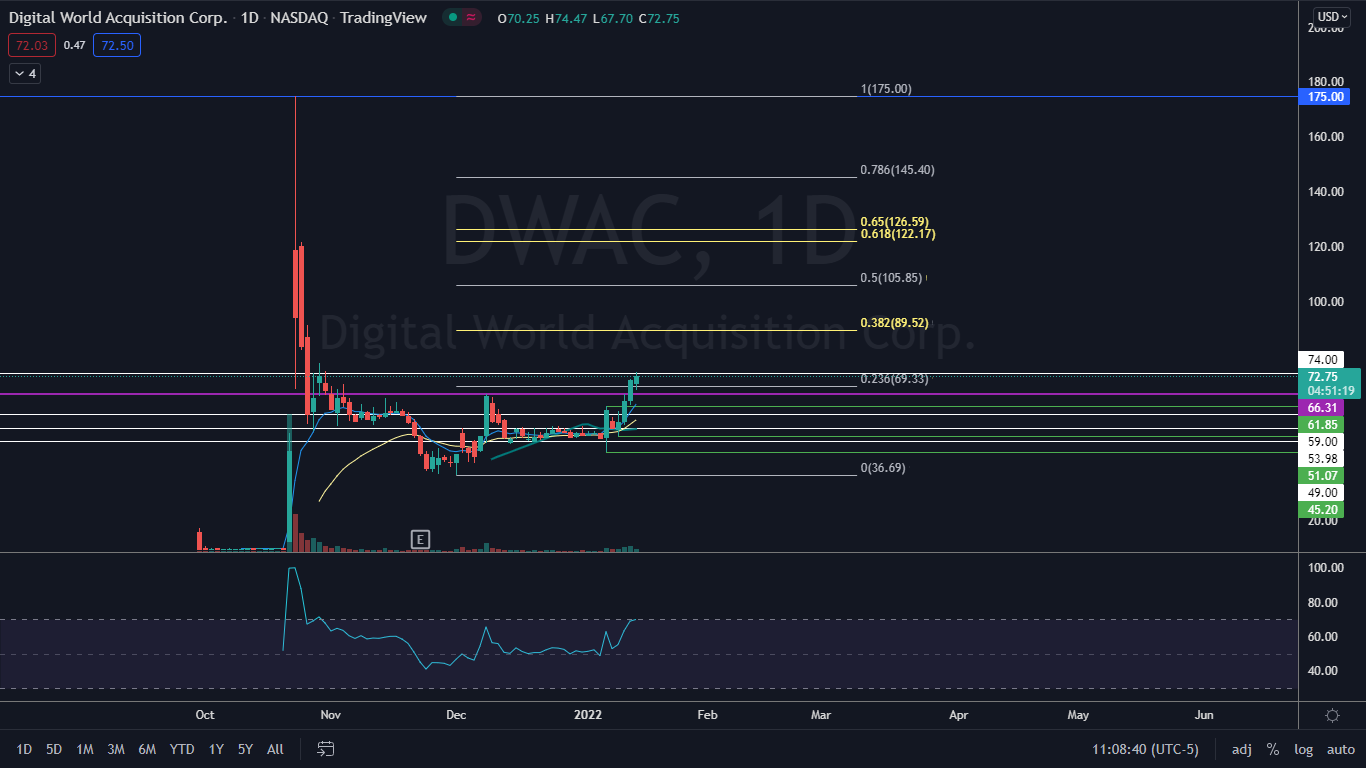 Receive Life Hacks from the World’s Best Coaches for $35