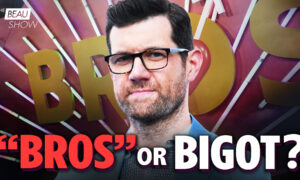 Billy Eichner’s new gay rom-com “Bros” has been a box office flop, and he thinks it’s due to homophobic, straight audiences resisting it. But in highlighting the elements of LGBTQ culture that are stereotypes, Eichner forgoes universally appealing themes and opts for lifestyle normalization.
–
BUY Jan 6 DVD: https://www.epochtv.shop/product-page/dvd-the-real-story-of-january-6, Promo Code “Beau” for 20% off
Follow us on Facebook, Instagram, ​Parler, Gab, and Twitter.
* Click the “Save” button below the video to access it later on “My List.”
–
The Real Story of Jan. 6 Documentary（102 Minutes, Color）
“The Real Story of Jan. 6,” a documentary by The Epoch Times, reveals the truth that has been hidden from the American people. While a narrative has been set that what took place that day was an insurrection, key events and witnesses have been ignored, until now….

A Purge Is Starting With the Bill of Rights