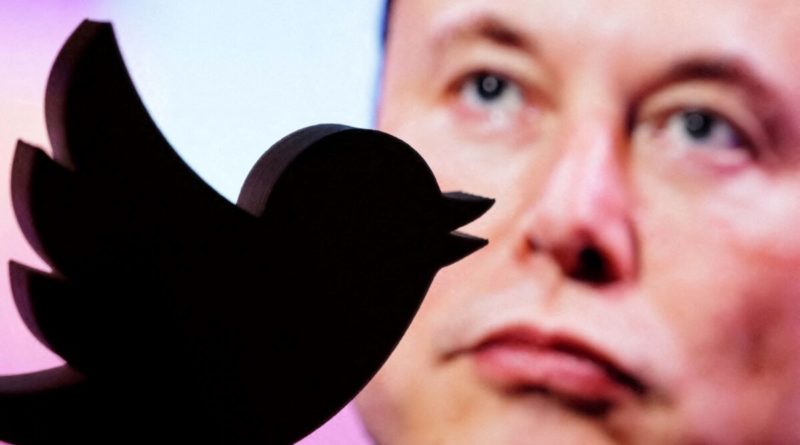 Not long after Elon Musk acquired Twitter with his promise of ending its censorship regime, a reporter from Reuters covering a White House press conference asked Karine Jean-Pierre, President Joe Biden’s press secretary, whether Twitter might become a “vector of misinformation.” Jean-Pierre’s response at the Nov. 28 press conference was:

That sounded pretty chilling. The idea that the government could be “monitoring” any part of any media for “misinformation” and “hate” speech—both of which are protected by the First Amendment unless they stray into defamation or incitement to imminent crime—ought to raise the hackles of anyone who cares about the Bill of Rights. And why, in particular, should social-media platforms have any legal obligation to “take action” against speech that might offend some people but is neither criminal nor libelous?

But in fact, that is exactly what the nation’s two wokest states, New York and California, have already decided that social media platforms, a category that can include everything from Facebook to chatrooms and traditional journalism blogs with comments, must henceforth do.

The New York law came first, in June, and it went into effect on Dec. 3. Realizing that free speech enjoys constitutional protection, New York’s legislators decided to outlaw only what they cagily called “hateful conduct.” But “hateful conduct,” as defined in the New York law, means “the use of a social media network to vilify, humiliate, or incite violence against a group or a class of persons on the basis of race, color, religion, ethnicity, national origin, disability, sex, sexual orientation, gender identity or gender expression.” Vilify? Humiliate? That sounds pretty much like … constitutionally protected speech.

Disturbing as it may be to listen to a rant against Jews, for example, the Al Sharpton of the 1990s and the Kanye West of 2022 weren’t saying anything that could be prosecuted. But the New York law requires social media networks to post “clear and concise policy readily available and accessible on their website and application that includes how such social media network will respond and address the reports of incidents of hateful conduct on their platform.” That forces everyone with a blog to pay lawyers to draft a policy statement acceptable to New York regulators and then spend hours trying to “respond,” for example, to a woman who says she feels “humiliated” that the blogger has described her as overweight.

​The California law, signed by Gov. Gavin Newsom in September and set to go into effect on Jan. 1, at least has the virtue of exempting service providers with gross revenues of less than $100 million per year. It’s targeted at Bay Area tech giants such as Facebook’s parent company, Meta, and Twitter. But its reporting requirements are even more onerous. Every company that falls under the statute’s purview must submit a twice-a-year report to the California attorney general detailing its moderation policies, not simply for “hate speech” but for such categories as “racism,” “extremism,” “radicalization,” “disinformation or misinformation,” “harassment,” and “foreign political influence.” The company must list every instance that it flagged such content and how it handled it. State Rep. Jesse Gabriel, who introduced the bill that Newsom signed, said the new reporting requirements are designed to deal with “conspiracy theories and other dangerous content” allegedly widespread on social media.

​Neither the New York nor the California law explicitly censors disapproved forms of speech or requires social media platforms to do so. But their vague and subjective language (“vilify,” “extremism”) coupled with their threats of sanctions for noncompliance (a $15,000-a-day fine in California, a $1,000-a-day fine plus a possible attorney general’s investigation in New York) are powerful inducements for social media companies to play Big Brother. And in New York, for example, Attorney General Letitia James, responding to the mass shooting in March at a Buffalo supermarket that was briefly livestreamed, has called for even tougher restrictions on internet content, such as criminal and civil penalties for transmitting images that might inspire others to commit violent acts.   ​

“New York politicians are slapping a speech-police badge on my chest because I run a blog,” Volokh said.

As for California, University of Santa Clara law professor Eric Goldman writes: “By prioritizing certain content categories, the bill tells social media platforms that they must make special publication decisions in those categories to please the regulators and enforcers who are watching them. The resulting distortions to the platforms’ editorial decision-making constitutes censorship.”

​And as we’ve learned from the Biden-administration press secretary, California and New York aren’t the only government entities whose “regulators and enforcers” are “watching” social media with an eye to cracking down. Musk’s takeover of Twitter and his relaxation of the site’s content-moderation policies that routinely muffled conservatives have outraged political progressives.

A Nov. 23 report from the liberal Brookings Institution asserted that “hate speech” on Twitter, including derogatory references to Jews and blacks, had increased as much as 500 percent since Musk assumed control of the platform on Oct. 27. The report noted that the bulk of this invective came from about 300 troll accounts, but that didn’t stop Brookings from declaring, “When acquisitions of social media platforms occur, there should be an obligation of the new owner(s) to ensure that hate speech is moderated.”

That was a broad hint to Congress and the Biden administration. Expect federal regulators to try to force some heavy-handed censorship of Twitter, Bill of Rights or no Bill of Rights.

Charlotte Allen is the executive editor of Catholic Arts Today and a frequent contributor to Quillette. She has a doctorate in medieval studies from the Catholic University of America.

The Framers Did Not Violate Their Trust

Death of a Queen: Tradition and the Sacred