China is shifting its global asset portfolio in response to sanctions on Russia and is in the process of stabbing the West in the back.

Having seen the avalanche of economic pain imposed by the West on Russia—from the confiscation of oligarch yachts to the freezing of most of Moscow’s $630 billion in foreign currency reserves—Beijing is moving to protect itself, presumably because it knows it is up to no good and could therefore be sanctioned in the future.

China’s central bank had $3.22 trillion in foreign currency reserves and $1.12 trillion in gold reserves in January, according to its own data. It now realizes that much of this, which is in the world’s hardest currencies—the U.S. dollar, euro, Japanese yen, and British pound sterling—are vulnerable to freezing if, for example, China continues to support Russia or invades Taiwan.

By March, China’s currency reserves fell to $3.19 trillion, and its gold reserves rose to $1.22 trillion. In other words, China is selling its Western currencies for gold. This could be a fractional rebalancing or the beginning of a larger trend.

China’s likely dumping of Western currencies could be adding to inflationary pressures in the West, which increased to 8.5 percent for the dollar in March, compared with a year ago, on the back of rising energy and food costs from Russia’s invasion. U.S. inflation, the Federal Reserve target of 2 percent, is currently at its highest since the 1980s.

In March, euro-zone and British inflation were also high at 7.5 percent and 7 percent, respectively. Meanwhile, in China, inflation is relatively moderate at 1.5 percent.

Beijing knows that its global asset portfolio, including oil fields in the West, could be seized if it follows Moscow’s example and does the wrong thing. Rather than protect all these investments by doing the right thing, the Chinese Communist Party (CCP) is preparing for bad behavior by liquidating its vulnerable Western assets, and rebalancing its portfolio toward countries with more influence, such as in the developing world and among dictatorships.

According to a new Reuters report, China is selling its oil fields in the United States, Canada, and Britain due to the threat of sanctions. CNOOC, China’s leading offshore hydrocarbon producer, seeks to unravel its $15 billion investment in Canada’s Nexen, which produces approximately 220,000 barrels per day in the North Sea, Gulf of Mexico, and Canada’s oil sands.

While CNOOC was delisted on U.S. stock exchanges in October due to its alleged military owners, it is reportedly planning to relist on the Shanghai stock exchange.

Since the Trump administration, the CCP has faced increasing headwinds over its unethical trade practices and human rights abuse. The timing of CNOOC’s asset sale appears to be linked to a rise in oil and gas prices that resulted from Russia’s invasion of Ukraine, which could garner a higher price than it paid.

Beijing still seeks to source hydrocarbons internationally and, to that end, wants to acquire alternatives in places like Brazil, Guyana, Uganda, and Iraq.

According to a new report by oil analyst Simon Watkins, the United States recently gave Iraq an unprecedentedly long waiver against Iran sanctions. Just after, Iraq returned the favor by giving China a massive hydrocarbon deal of “an engineering, procurement, and construction contract worth at least US$412 million for a 130 million standard cubic feet per day natural gas processing facility in Basra.”

A new aversion to Western assets, including currencies and alternatives like oil fields, could have major ramifications for China’s trade with the West. If China no longer wants what America, Europe, and Japan have to offer, then Beijing might reorient away from supplying these regions with manufactured goods, which would accelerate decoupling.

But before China decouples from the West and our allies, we should jointly decouple from Beijing. Let the CCP pay the cost of its support for Russia, human rights abuse, territorial aggression, intellectual property theft, and foisting of COVID-19 on the world, not us. That means taking the economic initiative against the CCP and its global assets. There are plenty of justifications to do so. 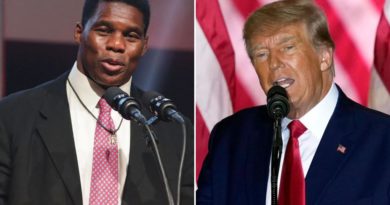 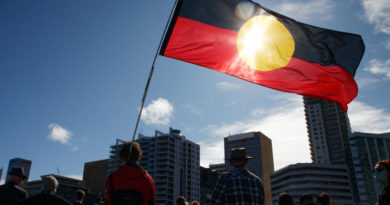 ‘Culture’ as a Proxy for ‘Race’