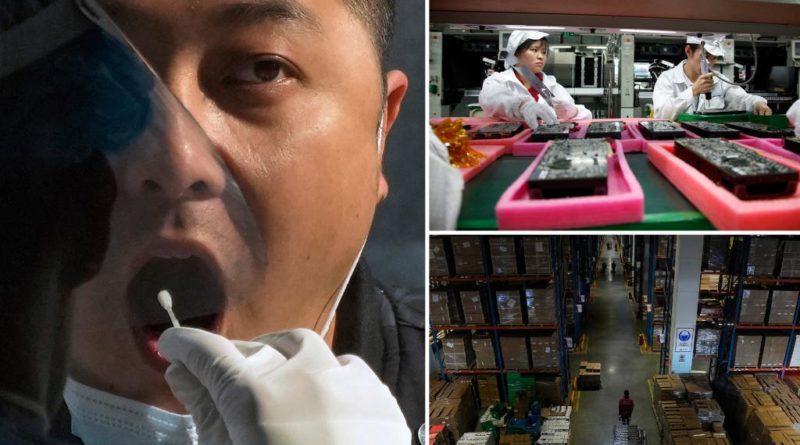 
Beijing reversed its dystopian zero-COVID policy amid mass protests after three years of shuttering homes, businesses and social gatherings. The human cost of those crippling lockdowns was immense, both in China and across our interconnected globe. But news of the long-awaited reversal had investors and supply-chain managers smiling. Markets rose. And for a brief moment, there was optimism that things were going to go “back to normal.”

China is struggling to handle a massive surge in coronavirus cases, its “fantastic” homegrown vaccines an obvious failure. Hospitals are overwhelmed. Medical personnel are infected. Citizens are traumatized. And the government’s response — at least for now — is to tell infected people to go to work. The unpredictability is hard to comprehend, and it could all change course again if conditions worsen.

If — or when — that happens, the effects will ripple through America’s economy. Prices will surge even higher. Shelves will be emptier than they already are. Parents will wonder why they can’t get basic medicines to keep their kids healthy.

As the virus itself proved, what happens in Wuhan and Beijing doesn’t stay there. It affects the entire globe, which is why US policy needs to focus on bringing critical industries back to America. Rep. Ro Khanna (D-Calif.) and I have a proposal to do exactly that. But we also need to convince businesses — supposedly American businesses — that it’s in their interest to move supply chains out of China.

My argument to them is simple.

Communist China is inherently unreliable. It is a country of 1.4 billion people ruled by one man’s dictates and whims. Its economy can crash or soar at the drop of a hat — or, in this case, the draft of a memo by General Secretary Xi Jinping.

Even if Xi never locks down another city again, China would still be a dangerous place for Americans to do business. Just ask billionaire Jack Ma, tennis player Peng Shuai or newspaper owner Jimmy Lai how stable their country is. And that doesn’t even take into account the political and financial risk of using supply chains corrupted by slave labor.

It once may have been easy to turn a blind eye to Beijing’s atrocities, but not anymore — things are changing in America, too. Lawmakers on both sides of the aisle are increasingly skeptical of companies with connections to the Chinese Communist Party. And that means every firm operating in China because there are no limits to Beijing’s rule inside those borders. The result is that hundreds of US businesses are coming into Washington’s crosshairs.

Just look at what happened when Congress enacted my Uyghur Forced Labor Prevention Act. China-tied companies had to scramble to ensure they didn’t benefit from slave labor. Those that ignored the problem now run the risk that US customs officers will seize their products. Their suppliers could also end up on a government blacklist.

On top of that, the Trump-era tariffs will remain in place for the foreseeable future. Taken together, these factors — the potential for further supply-chain disruptions, the instability of Xi’s rule and lawmakers’ growing hostility toward CCP-tied companies — make it bad business to rely on China. Divesting from Beijing may have been close to unthinkable before the pandemic, but today it’s common sense.

What are the alternatives to Chinese industry? Many manufacturing jobs can and should return to America. Others could go to our neighbors and allies. All should go to economies that don’t carry the risk of imminent closure by decree.

Again, there is a role for the government to play, but it is increasingly in companies’ interest to begin divesting and reinvesting of their own accord, with or without incentives.

This is really an opportunity to secure greater profits in the long term. If businesses don’t take advantage of it now, their boards and investors will wonder why, before the decade runs out, the US government sanctioned their firms for supporting Beijing during an attack against Taiwan. Or else they’ll wonder why the CCP has taken over those operations to shore up Xi’s regime.

Now is the time for American companies to do what’s right for their staff, their shareholders and their country. Nothing good or profitable will come from doing the opposite.

Marco Rubio represents Florida in the US Senate.

A White House kowtow to Beijing and other commentary 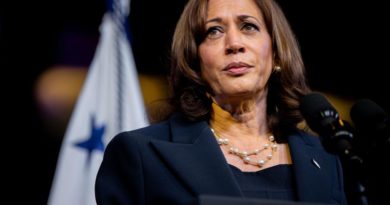