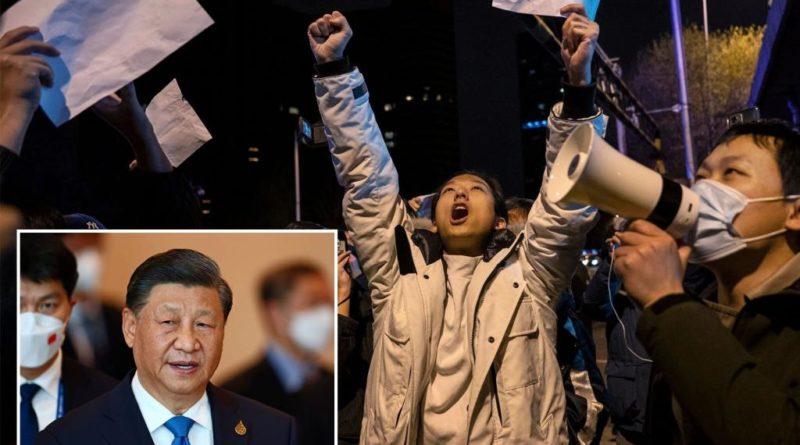 
At a protest rally in Beijing this week, a Chinese Communist Party official warned the gathering protestors not to be misguided by “foreign influence.” An angry protestor quipped back from the crowd, “by foreign influence do you mean Marx and Engels?”

Last Thursday, a street protestor in the hinterland metropolis Chongqing eloquently addressed a cheering crowd, “there is only one type of disease in the world — lack of freedom and poverty. We have it both in China!” After he quoted Patrick Henry “Give me liberty or give me death!” repeatedly, the police tried to arrest him, only to be repulsed by an angry crowd who promptly overwhelmed the fully armed police and rescued the protestor.

This is the source of both the Chinese’s regimes draconian conduct and the protests that erupted this past weekend. Neither is really about COVID. It’s about the battle between communism and freedom.

There has been a remarkable consistency of the CCP’s ideology. Xi’s COVID-Zero policies are motivated by the same thinking that drove Mao in the 1950s to believe the omnipotent Chinese Communist Party could eradicate all the rats and sparrows in China.

Mao’s draconian Great Leap Forward led to the deaths of more than 40 million Chinese people. Xi’s draconian COVID-zero policy threatens to do the same. They are motivated by a purely totalitarian ideology which assumes not only the complete malleability of nature, but the utter infallibility and invincibility of the Party that could easily destroy nature and science.

Blinded by this radical utopian vision, the CCP is consistently callous towards its people’s well-being, but this callousness has traditionally impacted more on migrant workers and the rural poor. This time, the Party’s all-encompassing COVID-Zero lockdowns have affected the property-owning and educated middle class and the rich, and this brings with it unintended consequences. Millions of Chinese people across the nation, from all sections of the repressed country, are now willing to risk imprisonment, torture, and even death to stand up to their oppressors.

And this is singularly significant. This national uprising disproves the prevailing pessimism in the West towards the possibility of substantial grassroots resistance to the CCP. We are now seeing that silence does not necessarily indicate capitulation to repression. The possibility of resistance is ever present, if only the opportunity presents itself.

The anger and desire for freedom being expressed by the Chinese people today has brewed for some time, and the courage of the people has grown alongside these feelings. Each Chinese citizen who stands up becomes a beacon of courage and inspiration to many more.

There is no doubt that many of the people risking their lives today in the streets of Chinese cities were inspired by the “banner man” who, last month, unfurled banners on Beijing’s Third Ring Road with slogans such as “remove the traitor-dictator Xi Jinping,” “freedom, not lockdowns,” and “citizens, not slaves.”

The Chinese people understand their regime better than anyone. Not only do they see the CCP for what it is, they look outward and see what China could be. The common street music among China’s protestors today was the battle hymn of the Hong Kong protesters three years ago that includes lyrics such as “do you hear the people sing? Singing the song of angry men . . . it is the music of the people who will not be slaves again!”

The next few days will be crucial for the Party, Chinese dissidents, and the leaders of the free world. Each side is regrouping, and there can be no doubt that the CCP is seriously contemplating brutal and bloody crackdowns.

Now, more than ever, it is imperative that leaders in the free world openly express their support for the Chinese people, and their condemnation of the CCPs repression. This has been a primary aim of Hudson Institute’s China Center, through a series of videos entitled Evening Chats, in which 70th Secretary of State Mike Pompeo speaks directly to the Chinese people about the repression of the CCP and the universality of liberty and human rights.

Our current leaders must take up this charge and they must do so with zero ambiguity. 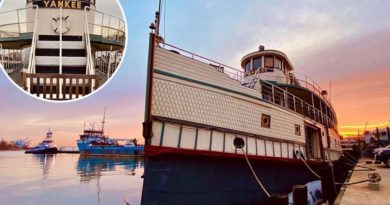