But to a variety of tone-deaf celebrity narcissists, a redundant phrase if ever there was one, Russia’s invasion is being hijacked as a branding opportunity, a sure-fire way to draw attention to themselves and their terribly vital entertainment projects.

Every day brings another cringe-worthy declaration from a celeb overestimating his or her intelligence and grave importance to the planet.

How dare human beings call attention to their own suffering when Sean Penn, self-appointed Earth-savior, globe-trotted all the way to Ukraine to shoot a documentary about this very invasion?

The far-leftist Oscar-winner, who’s been making a nuisance of himself at global emergencies in places from Iraq to the bayou post-Hurricane Katrina, isn’t even the worst or the dumbest or the most infuriating when it comes to profiting from human tragedy. But the bar is low.

There is pro-wrestler and actor John Cena, who used the invasion to promote his HBO TV series, “Peacemaker.’’

“If I could somehow summon the powers of real life #Peacemaker, I think this would be a great time to do so,’’ Cena tweeted Thursday.

Horror-meister Stephen King reduced the events in Ukraine to a childhood spat. “What most of us learned as kids on the playground: You don’t stand by while a big kid beats up a little kid,” King posted to Twitter Wednesday. “You might take a punch or two making the big kid stop, but that’s the right thing to do.”

He should have quit after “The Shining.’’

According to rapper Cardi B, global leaders, all of them, need to just chill.

“Wish these world leaders [would] stop tripping about power and really think about who’s really getting affected (citizens) besides the whole world is in a crisis,’’ she tweeted Tuesday. “War, sanctions, invasions should be the last thing these leaders should worry about.”

Get the latest updates in the Russia-Ukraine conflict with the Post’s live coverage.

The award for Kookiest Answer to a Serious Problem goes to “90210’’ actress AnnaLynne McCord. On Thursday she posted to Twitter a video of her reading a dazzlingly zany two-minute poem addressed to Putin in which she wished she were the Russian president’s mom.

“I’m so sorry that I was not your mother,” McCord recites. “If I was your mother, you would have been so loved, held in the arms of joyous light. Never with this story’s plight, the world unfurled before our eyes a pure demise of nation’s sitting peaceful under a night sky.

“If I was your mother, the world would have been warm. So much laughter and joy and nothing would harm. I can’t imagine the stain, the soul-stealing pain that the little boy you must have seen and believed and the formulation of thought quickly taught that you lived in a cruel, unjust world,” she continued. “Is this why you now decide no one will get the best of you? Is this why you do not hide nor away shy from taking back the world?”

But nobody tops Joy Behar for delivering the most agonizingly idiotic statement about Ukraine. For making the whole thing — the destruction of property, the loss of life and of hope — all about her.

“The View’’ co-host said on her show Thursday that she was “scared’’ about how the strife in Ukraine might affect Western Europe, specifically Italy, where she planned to take a vacation this summer, long-delayed by things including the COVID-19 pandemic.

“You know, you plan a trip. You want to go there. I want to go to Italy for four years and I haven’t been able to make it because of the pandemic,” she said.

Honoring the heroic life of Timothy Klein, one of our Bravest

With midterms rapidly approaching, Dem flip-flopping in now in overdrive 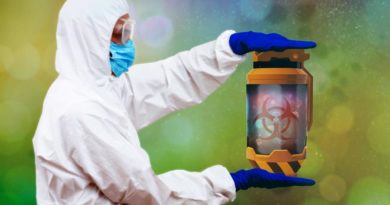