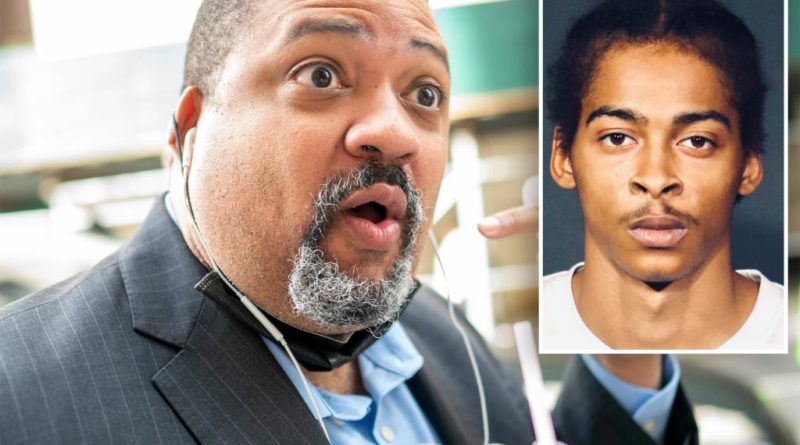 
In another slap at crime victims, Manhattan District Attorney Alvin Bragg is on the verge of cutting a sweetheart plea deal with Charles Lindsay, an alleged gangbanger with a history of robberies of high-end Madison Avenue boutiques. Bragg’s excuse? His prosecutors have too much on their plates to try the case. What bull.

Similarly, last month Bragg’s office claimed prosecuting serial shoplifter Wilfredo Ocasio on all his arrests would’ve been “a waste of resources.” Huh? The Manhattan DA has more resources than any other district attorney in the nation, thanks to the billions it takes in from Wall Street fines and corporate plea deals.

Heck, Bragg is dedicating $9 million to his new “mental health” program, which even if it works is far outside his core responsibilities.

In fact, this is just an extension of his general pro-disorder approach to crime. He’s making a conscious decision against taking Lindsay’s case to trial (requiring him merely to attend five counseling sessions) because he doesn’t want to imprison gangbangers until someone winds up dead.

Yes, the state’s botched 2019 criminal justice reforms are also at fault: Their unrealistic “speedy trial” restrictions have left DA offices across the state overloaded with work — burning out both top staff and young assistant DAs, as The Post has reported.

But Bragg’s also losing people because so many prosecutors object to his orders not to prosecute in so many cases: When you take a job in order to put bad guys away, it’s pretty disheartening to be turned into a revolving door instead.

Which also reduces Bragg’s hiring pool to ideologues who buy his philosophy, rather than the best-and-brightest that the Manhattan DA’s Office has had to choose from for at least the last century.

Yes, the Legislature and Gov. Kathy Hochul need to do far more to fix the new “discovery” and “speedy trial” rules that hobble all state prosecutors, and boost funding to cover the added workload. But other DAs across the state aren’t failing this badly. If Bragg truly finds himself so short on human resources, it suggests he’s a terrible manager, too.

You have to wonder if the DA feels empowered by last month’s defeat of Lee Zeldin, who’d vowed to replace Bragg on Day One as governor. After all, now-elected Gov. Hochul last year accepted his trivial retreat from his don’t-prosecute policies. Is he daring her to get tougher now?

Biden’s war on truckers will make everything more expensive