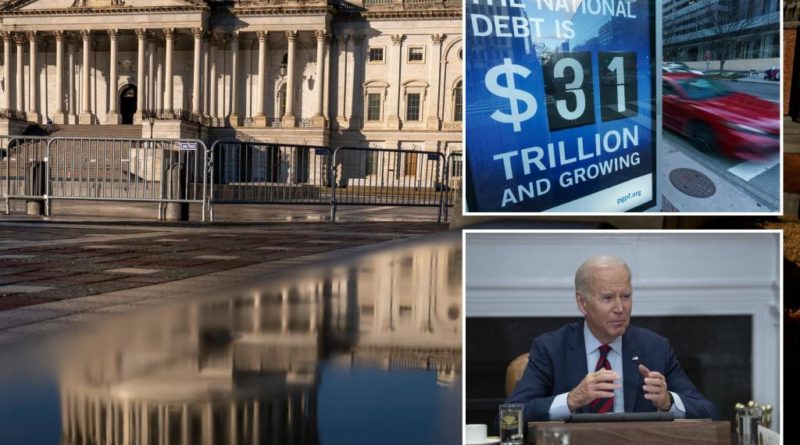 
Most people don’t lie awake at night worried about the national debt. Unfortunately, that includes President Joe Biden and the spendaholic Democrats in Congress.

They should be worried. Frankly, so should you, no matter your politics. Economics is a science, and numerous studies by world-class economists confirm that when a nation’s debt gets too high, it pushes the economy into decline. Inflation soars, jobs become scarcer, and mortgage rates to buy a home are unaffordable. Ouch.

America is heading off that cliff. The national debt is at the highest level since World War II and forecast to break that record soon. In 2022, it hit 98% of gross domestic product — everything we all produce going to work every day — and is growing rapidly.

The United States is in the company of nations such as Mozambique, Bhutan, Angola, Portugal and Greece. We don’t want our kids to live in a crumbling economy.

It wasn’t always like this. Over the last 50 years, debt to GDP has averaged 46%.

Republicans, who just took control of the House of Representatives, are withholding the House’s approval to raise the debt ceiling — the amount the nation is legally permitted to borrow — until Democrats negotiate a plan to reduce spending and pull the country back from its dire straits.

Never mind that it takes nerve for Biden to call anybody “demented”: Republicans are making a reasonable demand. If Washington’s leaders won’t rein in government spending, who will?

It can only go on so long. Ordinary people who live on credit cards and pay only the monthly minimum can tell you that. Eventually, credit-card payments don’t pay for any new goods or services, just interest.

That’s what our nation faces if it doesn’t change course now. Interest expenses will mount, rates will go up, and an increasing proportion of tax revenues will be consumed paying interest. The Congressional Budget Office predicts that over the next 10 years, interest costs will triple. So in a decade, interest outlays will exceed defense spending. Yikes.

Eventually, if fiscal sanity is not restored, government will have to cut services or impose massive tax hikes — or both.

Worse, as government borrows more, less money is available to make loans to businesses and home buyers. Jobs dry up and wages decline. The economy spirals downward. It isn’t a pretty picture. Ask economists who have examined high-debt countries.

Harvard’s Carmen Reinhart and Kenneth Rogoff analyzed 44 countries in their landmark analysis for the American Economic Review. They found that when national debt exceeds 90% of GDP — a benchmark that’s already in America’s rearview mirror — the economy falters.

Alas, there’s no hope Democrats will agree to spending reforms without pressure from House Republicans withholding the debt-ceiling hike.

After all, in December, as a last hurrah before ceding control of the House, Democrats enacted an omnibus spending bill that included 7,200 earmarks — favorite projects of often-unnamed legislators bringing pork home to their districts.

Earmarks, a symbol of corruption, had been banned for a decade, but in 2021 the Democratic-controlled Congress reinstated them in a flourish of political cynicism. Like holding up a middle finger to the unsuspecting public.

The rhetorical attacks on Republicans for delaying a hike in the debt ceiling are mounting. Bloomberg’s editors call the Republican strategy “malpractice.” Sen. Chris Van Hollen (D-Md.) accuses Republicans of an “extremist agenda.”

There is nothing “extremist” about putting the nation on a responsible fiscal plan. Republicans need to stay unified — a formidable challenge — and hold their ground.

The party of unlimited spending and vote buying must be stopped, before the US economy and our standard of living are destroyed.

Betsy McCaughey is a former lieutenant governor of New York.

British Music Legends Out of Tune on COVID