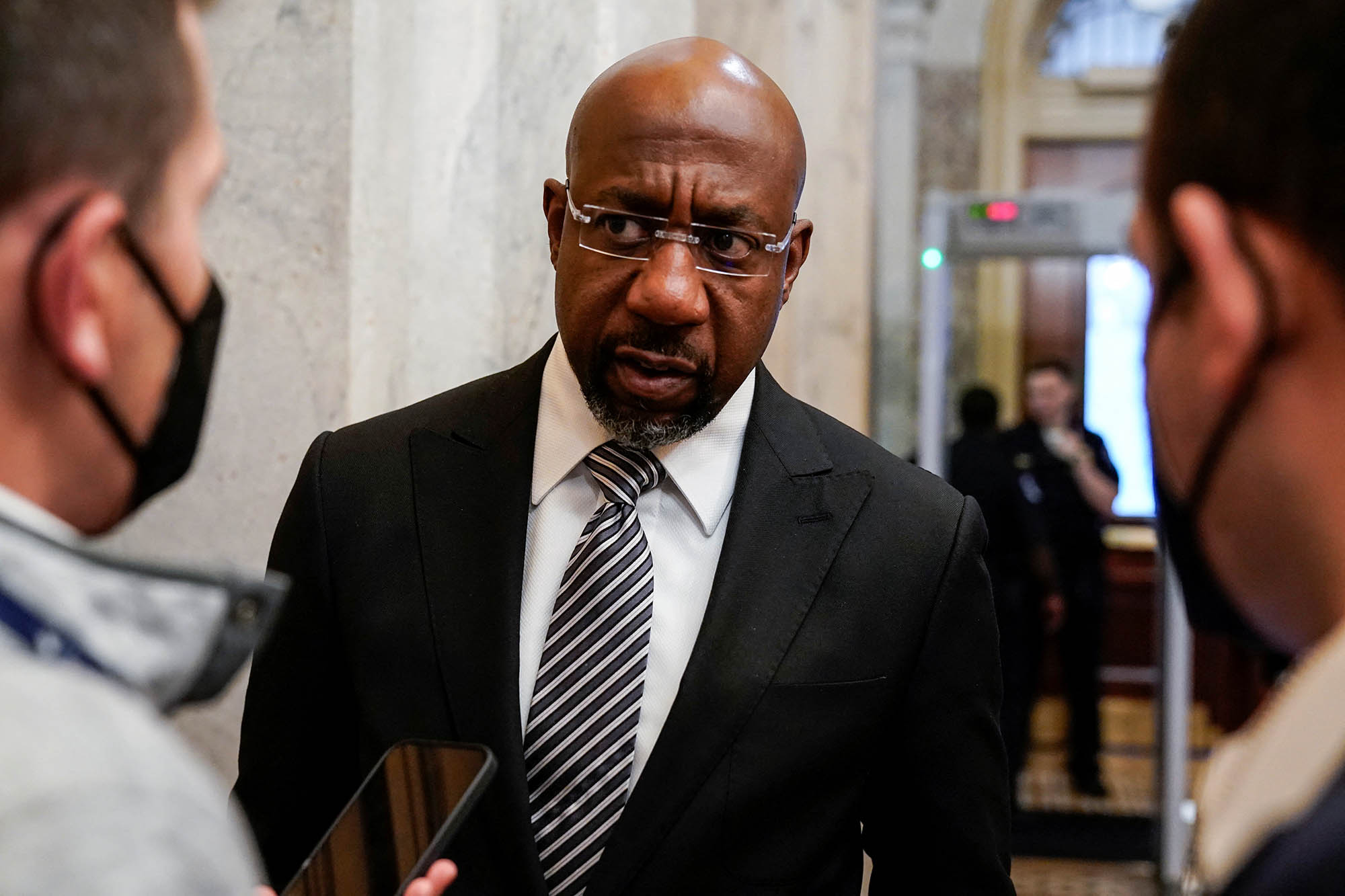 “Democrats are intervening aggressively in Republican primaries,” having spent $20 million already “to promote MAGA-aligned candidates” who “are likely losers in a general election,” reports National Journal’s Josh Kraushaar. The “meddling” is “paying dividends, potentially taking several big-state governor’s races off the table for Republicans.” In Pennsylvania, Democrats spent “more money on a single ad” boosting “far-right Republican Doug Mastriano” than he “spent on TV ads in his entire primary campaign.” Dems may yet get “involved in even more upcoming GOP primaries” in Arizona, Maryland, Michigan and Wisconsin. So: “How seriously does the party take its own argument that American democracy itself is threatened by Republicans when they’re boosting some of the most radical conspiracists and election-deniers for naked political gain?”

Libertarian: How To Reduce Political Violence

With “a House hearing into the Capitol riot, the attempted assassination of a U.S. Supreme Court justice, the firebombing of an anti-abortion group, and the arrest of extremists . . . at a Pride Month event,” argues J.D. Tuccille at Reason, “political violence is now part of American life.” The answer? “Decentralizing power.” That is, address “Americans’ fear of abuse at the hands of government controlled by opponents” and repair “institutions intended to allow for the peaceful transitions of power.” Yes, “reducing the danger of people being at the mercy of their enemies” means reversing “decades of centralization and expansion of government.” But “there’s no clear solution” and “tensions won’t simmer down until Americans stop fearing power in the hands of enemies.”

Democrat: Why Jan. 6 Hearings Disappointed Me

“Count me as a Democrat disappointed by the way my party has responded to Donald Trump” with often “untrue” narratives, sighs Ted Van Dyk at The Wall Street Journal. Two Dem impeachments failed because they were partisan. The Jan. 6 hearings offered “an opportunity to examine” Trump’s activities carefully, but “it didn’t happen.” Opening statements “were more like prosecutors’ closing arguments than introductions to a fact-finding inquiry.” The committee included “harsh” Trump critics while Republicans nominated by Minority Leader Kevin McCarthy were banned, making bipartisan conclusions impossible and assuring “further polarization.” Both the country and the parties need hearings that aren’t “a nonstop prosecution but a traditional, serious inquiry.”

Sen. Raphael Warnock (D-Ga.) regularly cites his older half-brother — a “first-time,” “nonviolent” drug offender sentenced to life in prison thanks to a “pandemic of racism” in the justice system. But the Washington Free Beacon’s Alana Goodman looks at the court records: Turns out Keith Coleman “was a cop with the Savannah Police Department when he was convicted of facilitating a cross-country cocaine trafficking operation.” An FBI sting “ensnared nearly a dozen police officers who agreed to provide paid security” for agents posing as coke traffickers. Prosecutors said he took in “$46,000 in dirty payments and helped traffic a total of 28.2 kilograms of cocaine.” Yet Warnock paints him “as a victim of law enforcement corruption rather than a participant in it.”

The Fallout From the Eclipse of US Hegemony