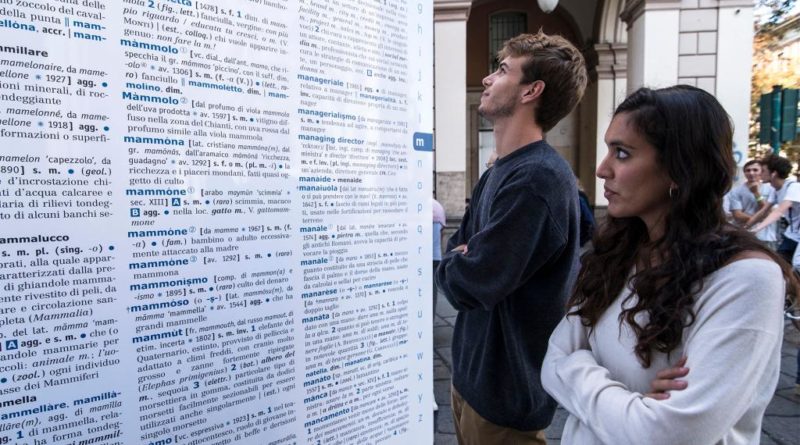 Why? Because Cambridge Dictionary’s definition of “man” now includes the grammatically tortured, trans-sensitive addendum “an adult who lives and identifies as a male though they may have been said to have a different sex at birth.” Its definition of “woman” has been likewise stretched.

This is what happens to language and logic when you reject what’s demonstrably true in favor of what a sympathetic group of people wishes were true. You start out with good intentions but end up not being able to say clearly what you mean.

Yes, language evolves. Not too long ago, “Pete Buttigieg is a gay man” would’ve been taken to mean Mayor Pete is a happy, fun-loving fellow. “Gay” acquired a “homosexual” sense relatively recently. But words don’t get blurred with their antonyms to render what’s false true. You don’t redefine “flat” to mean “round” to avoid telling Flat Earthers they’re wrong.

It should go without saying, but I’ll say it anyway: Trans women are in fact men, and trans men are women. That’s the reality. How do I, without a medical degree, a psychologist license or a single piece of performance art to my credit, feel competent to render that judgment? Because the debate isn’t about medicine, psychology or bulls–t. It’s about language and logic.

The terms should be straightforward: A “man” is an adult male human being; a “woman” is an adult female human being. So, too, “male” and female” have clear definitions. They’re sexual classifications. There are only two sexual classifications, and even in those vanishingly rare instances where observable anatomy isn’t determinative, a person’s genome will reveal his or her sex with 100% accuracy.

These points get contentious only if you argue that “man,” “woman,” “male” and “female” are fluid terms: arbitrary assignments and subjective realizations — rather than objective, empirical observations — that can be overridden by untestable gender identities.

That’s why dictionaries are now battlegrounds. Men become women and women become men only by substituting gender identities for sexual classifications. The demand to substitute freely is the whole of the transgender-recognition case.

No one in their right mind honestly believes reality is thereby changed. Nevertheless, many people dishonestly say they believe it. The question is how far through the looking glass they’re willing to go.

Here’s another proposition to consider: “One characteristic of mammals is that only the female of the species can give birth.” True or false?

If it’s false, a lot of textbooks need revising. But of course it’s not false. If you take it as written, without words blurring into their antonyms, it’s obviously true. If you’re sane and honest, you know only female mammals give birth.

So what does it tell you when mainstream media, including many traditional news sources, report that men are giving birth?

It tells you something has gone haywire with the intellectual life of our culture. To say true things about transgenderism, you must be willing to hurt people’s feelings.

That’s not exclusive to transgenderism, of course, but the truth-versus-feelings tension is more pronounced there than elsewhere. Are we collectively prepared to say true things about transgenderism — even if it means hurting people’s feelings?

To be sure, you can value people’s feelings. You can also value truth. Most of us value both. But inevitably, the two will clash. That’s the moment you’ll have to declare your primary allegiance.

Will it be to people’s feelings? Or to truth?

Mark Goldblatt teaches at SUNY’s Fashion Institute of Technology. His latest book, from which this column is adapted, is “I Feel, Therefore I Am: The Triumph of Woke Subjectivism.”

Don’t be fooled by ‘tough’ Gov. Hochul on crime

How the Supreme Court Rewrote the Constitution