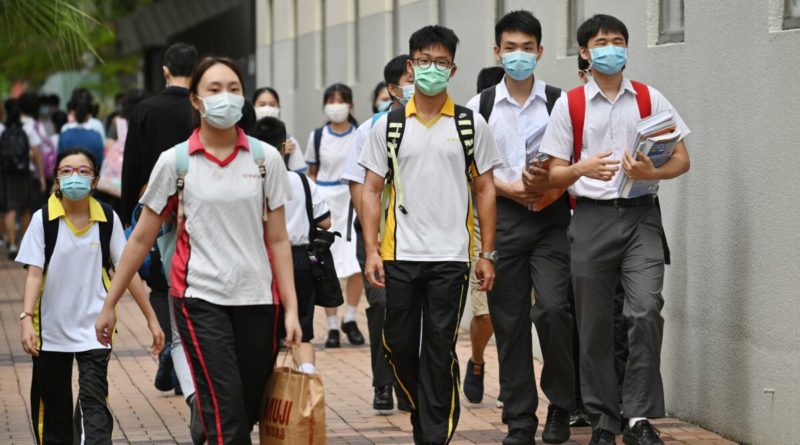 Many people claim that ‘the youth are the pillars of society.’ Some mean it many don’t.

To many in Hong Kong, the statement is nothing more than a slogan. The crushing of the 2019 anti-extradition protest movement was followed by an anti-youth movement.

Naturally, the victors will take every opportunity to scold the youngsters. The latest example comes from Regina Ip, former Secretary for Security and currently a lawmaker and the convenor of the Executive Council. Last week, she spoke at the Legislative Council that education was a major reason youngsters were ‘misled’ to break the law and join anti-government protests. She thinks the term ‘critical thinking,’ which had been in vogue in Hong Kong’s education until 2016, has led youngsters to believe that ‘criticism’ (‘criticize’ and ‘critical’ are represented by the same Chinese characters) is all ‘thinking’ needs, and results in them being too egoistic with personality and moral failures, leading to industrial accidents such as the fall of a giant video screen in a concert.

The above over–inference, which is a form of bias, quite accurately reflects the quality of the political leaders of this ex-British colony. Ip’s comments on critical thinking call into question her ability as a master of science in management from Stanford University. Years ago, she pointed her finger at students as the root cause of the anti-national education campaign and Umbrella Movement. By interpreting ‘critical’ as ‘criticism,’ she accused critical thinking as a factor that had negatively shaped the mind of student leaders so that they dared to criticize and rebel against the government. As a result, she requested that the Chinese translation be changed to ‘thinking with clear differentiation,’ so phrased that it suggests lower-order skills and compromises the original purpose.

Ip’s suggested change, which the Education Bureau and Hong Kong Examinations and Assessment Authority yielded to in 2016, is a complete joke. The new translation is not academically sound and is a purely political manoeuvre. Hong Kong, or its education sector, to be more precise, is the only realm among the global Chinese communities to adopt this new translation.

Seemingly Ip does not know that mainland China embraces critical thinking—both the knowledge and the phrase—so much so that they have national seminars on teaching critical thinking, and party organ Guangming Daily published an article ‘How to Promote Critical Thinking Education,’ which asserted that ‘critical thinking should be one of the essential qualities of Chinese people,’ as ‘“critical” means not only “criticism,” but also the ability to see through the surface to the depths: to think, to criticize and to analyze.’ Another similar article writes that critical thinking makes people ‘passionate and tireless,’ and one without it becomes submissive and obedient; it is a prerequisite to making education and teaching ‘fun and challenging.’ The mainland counterparts of Ip and Hong Kong’s educators show much more appreciation for the concept and its importance.

Ip’s sophistry forms part of a much broader struggle campaign against youngsters and professionalism in Hong Kong, backed by the government and the draconian police force, so that political leaders of the city shift all the responsibility for political mistakes they made to the younger generation. A typical example is reporter Nabela Qoser, who asked embarrassing questions that government officials could not answer during the anti-extradition protest movement and was finally made jobless and ceaselessly harassed by leftist supporters. Youngsters with normal minds cannot survive in Hong Kong.

Last week, schools in the UK held the annual Anti-Bullying Week to convey the message that individuality is valued and differences are respected through activities such as Odd Socks Day. In contrast, bullying and hatred against youngsters have become institutionalized in Hong Kong. Officials keep reminding them that their future is in the Greater Bay Area, not Hong Kong, and at the same time, wooing foreign—primarily mainland Chinese—talents. The only mission for Hong Kong youngsters is to learn about national security and not to challenge the government. Which teenagers dare to dream of becoming a mayor or such at the age of 18? Their future rests on their abiding by the national security law, and their ability to spy out who do not.

Hans Yeung is a former manager at the Hong Kong Examinations and Assessment Authority, specializing in history assessment. He is also a historian specializing in modern Hong Kong and Chinese history. He is the producer and host of programs on Hong Kong history and a columnist for independent media. He now lives in the UK with his family. Email: hku313@gmail.com