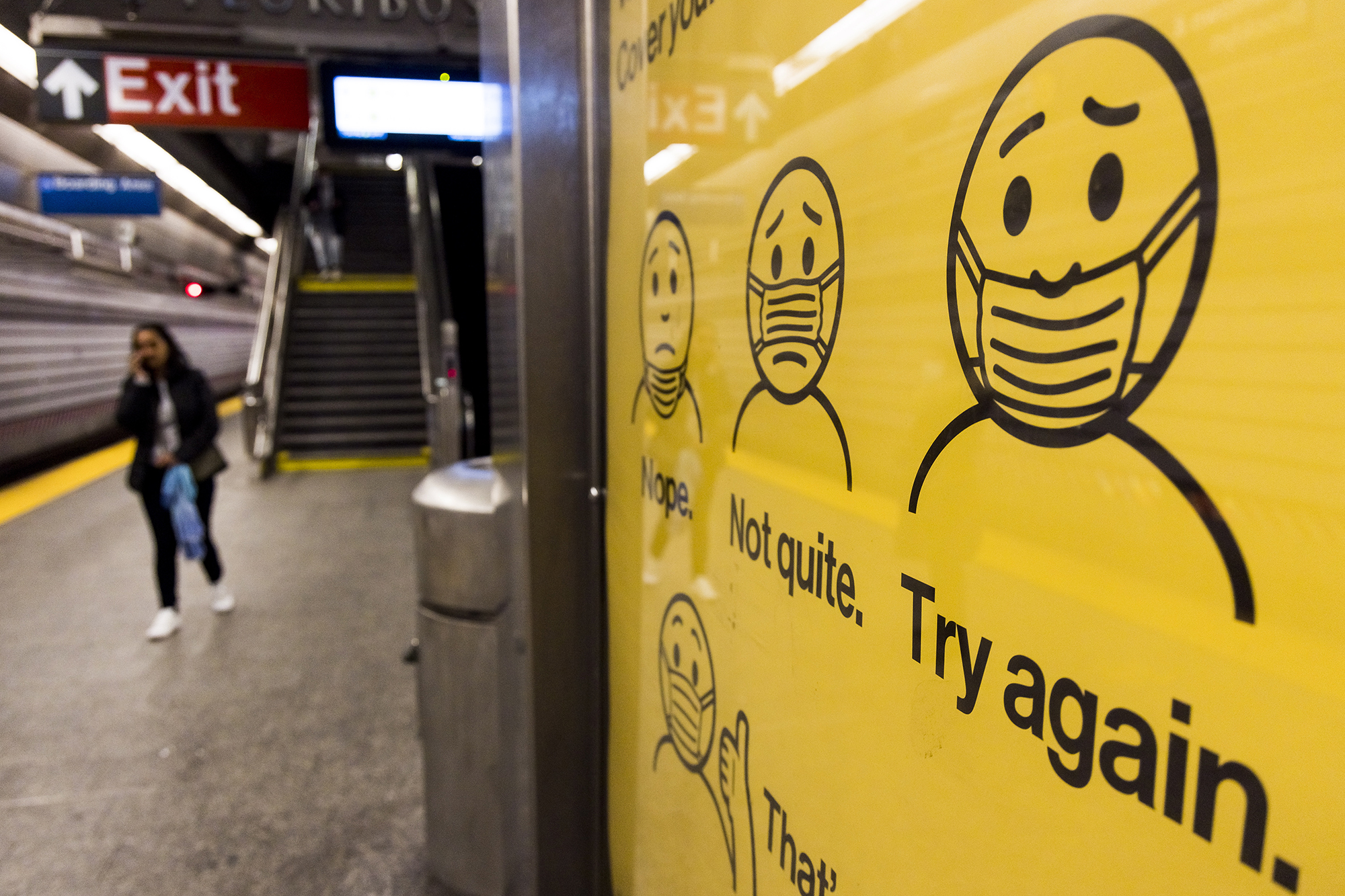 Tuesday, New York state and the MTA axed their requirements for agency employees to get tested weekly if they’re unvaxxed.

All with good reason: The data on “public health” efforts like this are unambiguous. Mandates on masks or anything else have no significant effect — good or bad — on COVID outcomes at the city or state scale. They only add onerous requirements to people’s everyday life and work, empower Karens in the public and private sectors and jack up costs for taxpayers (the MTA’s employee-testing program cost a cool $100 million).

Some are even more harmful, like the toddler mask mandate. It caused behavioral and learning problems left and right.

The axing of these idiotic rules may be a sign that New York’s electeds and other officials are starting to reckon more seriously with a reality already recognized by any sane person.

On the other hand, Gov. Kathy Hochul refuses to end the public-transit mask mandate, leaving LIRR and MetroNorth commuters to envy their NJTransit peers. On the subways, meanwhile, we’re seeing a steady growth in civil disobedience, which means her stubbornness is undermining the rule of law.

We’ll grant that Hochul and (especially) Adams haven’t been as ridiculous as many in their party would like. They began unwinding restrictions at the end of last year, though Hochul seems to wait for months of clear data before admitting reality, and Adams pays far too much heed to city health czar and COVID-theater aficionado Ashwin Vasan, at whose feet can be safely be laid the absurd advice for everyone to still mask up indoors.

Start your day with all you need to know

Crucially, they avoided returns to restrictionism (despite clickbait-for-COVID-hysterics stories in the likes of The New York Times). Schools stayed open statewide over the objections of the teachers unions; there was no resurgence of the absurd vaccine passport system that helped keep the city and state mired in COVID panic for far too long.

As Adams rightly put it, if every new wave makes New York “move into shutdown thoughts [and] panicking, we’re not going to function as a city.”

That’s all the more true since wide-scale testing has been revealed to be worse than useless: Recent survey data suggests that the city’s testing regime alone missed 1.3 million cases in just the first quarter of this year. Then again, case counts haven’t said much about the actual threat for a long time now, even though too many public-health authorities (and the Times) keep treating rising counts as omens of doom.

What public health officials need to be concerned with — and always should’ve been — are deaths and hospitalizations. Both have stayed low for weeks (for months in the city) and are now indisputably (even according to Vasan) trending down.

Why? Because the pandemic is over. Immunity (from vaccines and prior infection) is near-universal. The virus is mutating to become less deadly over time, as routinely happens with pandemic diseases. (It’s what evolution favors since killing the host is bad for the bug, too.)

So the state move on compulsory testing is long overdue. As is getting rid of the NYC private sector vax mandate (which already has a huge hole in it for celebrities).

We still need to hear the mayor and governor shout from the rooftops that we’re never, ever going back to restrictionism. New York can’t fully heal until it’s clear COVID theater is over for good.

The Law of the Conservation of Anxiety

Consequences of a Chinese Invasion of Taiwan