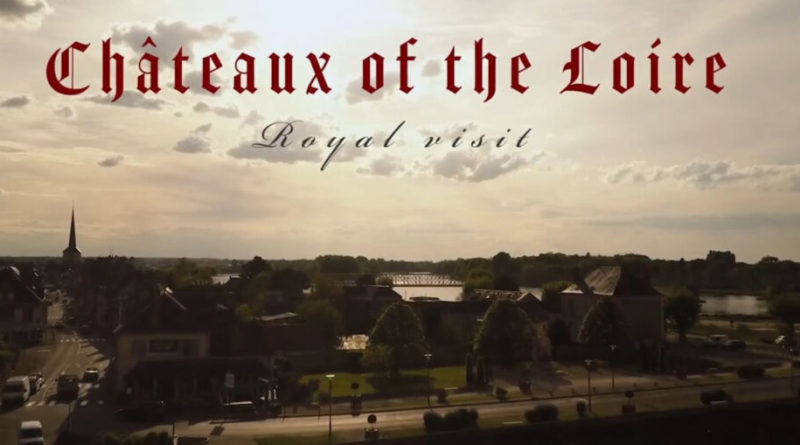 The world-renowned Loire Valley is one of the most visited regions in all of France, and in Dreamscape Media’s excellent 2019 documentary, “Passport to the World: Chateaux” (available to watch on Epoch Cinema), those of us who haven’t been there will get to find out why.

There are over 3,000 grand chateaus scattered throughout the north-central and west-central regions of France. Many of these dwellings date back to the Middle Ages and were the homes of kings, dukes, princes, and other nobles. Although some have fallen into ruin, the majority of these sprawling estates were restored during the 16th and 17th centuries.

The tour begins in Angers, a bustling city that still reflects this rich past. Built near three rivers—the Sarthe, the Mayenne, and the Loir—it was a major stronghold in northwest France. Today, it has a population of just over 150,000 people. The city boasts a plethora of museums and galleries, adored by art lovers, culture junkies, and tourists from around the globe.

However, the main draw of Angers is also one of France’s finest examples of feudal architecture—the Castle of the Dukes of Anjou (also known as Angers Castle). The castle was built in the 13th century by King Louis IX (1214–1270) as a major bulwark against the English.

Although the ravages of time and the many wars that France has endured in its long history have left their marks on the Castle of the Dukes of Anjou, it still remains an imposing structure that is definitely worth a visit.

After leaving the castle, we are treated to some historic structures and areas near Angers, including some venerable old houses, cathedrals, ports, and hotels. For instance, not far down the Loir River from Angers is the beautiful city of Saumur (nicknamed the Pearl of Anjou), which is crowned by a large château that overlooks the entire area.

The château was built in the 10th century and sports fabulous white-washed walls. It was used by the Dukes of Anjou at different times for different purposes—such as a prison and armory. Saumur is also the home of the French National Riding School (established in 1972), which harks back to the region’s rich equestrian heritage.

The beautiful landscape of France is marked by many elements that indicate the excess for which the French nobility was famous.

Among these is the Château de Chambord, the largest château in the Loire Valley. The enormous chateau contains an outrageous 77 stairwells and 282 chimneys.

And then there’s one of the best-known châteaux in all of France—the iconic Château de Chenonceau, which famously spans the river Cher near the village of Chenonceaux, Indre-et-Loire, Centre-Val de Loire (Loire Valley). It is second only to the Royal Palace of Versailles in terms of being the most visited château in France.

The Château de Chenonceau sports sprawling gardens and incredible architecture built on the foundations of an old mill in the 16th century. The entire thing would have seemed ridiculously extravagant and indulgent to the average peasant back then, and even now, tourists gawk at it with mouths agape.

One of the things that I found interesting about this documentary is that the filmmakers didn’t just concentrate purely on the châteaux. They also explore many of the places that surround these magnificent structures. Those intriguing places include many vibrant vineyards, quaint medieval villages and towns, abbeys and cathedrals, and hotels with their own local cuisine.

We also learn about the people who contributed to the country’s rich history, such as Leonardo da Vinci, the Cointreau brothers, Joan of Arc, and various important nobles and French royalty.

If there was one drawback to this documentary, it would be that the narrator doesn’t pronounce many names correctly, so don’t think you’re going to get a free French language pronunciation lesson.

Overall, I enjoyed watching “Passport to the World: Châteaux of the Loire” (sans the slightly distracting narration). It combines some fascinating French history with the sumptuous scenery of (mainly) the Loire Valley. This informative documentary is available to watch on Epoch Cinema.

Watch “Passport to the World: Châteaux of the Loire” on Epoch Cinema here.

‘Passport to the World: Châteaux of the Loire’

Did Biden’s Past Dealings with Ukraine Cause the Current Conflict with Russia?

the Bureaucrats’ Open Door to Power