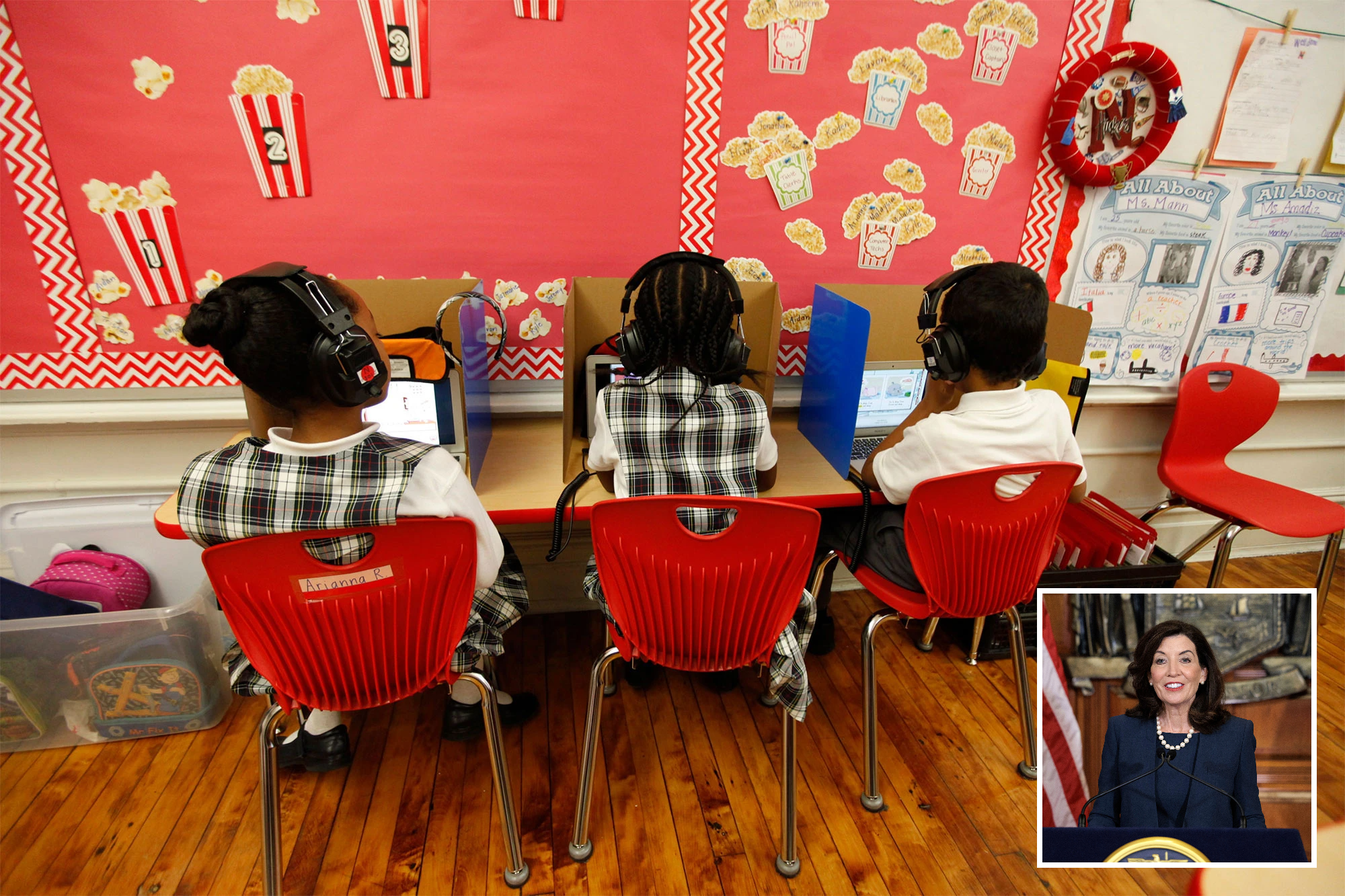 New York City charter-school enrollment is booming, up 9% these last two years, even as families flee the regular public schools. The teachers-union solution to that is to use their pawns in state government to make it impossible for charters. Sadly, Gov. Kathy Hochul is proving to be one of those pawns — and Mayor Eric Adams has been AWOL on the issue, even though Hochul needs his support more.

But none of the 11 promising ready-to-go new NYC charter schools can open because state law will now only let new charters open outside the city. When we asked her about lifting the cap in our sitdown last month, Hochul dithered in word-salad before trying to shift the blame: “There has to be a desire from the Legislature to accomplish this,” she dodged, as if she doesn’t have plenty of carrots and sticks to get it done.

In fact, the week before, she secured the endorsement of New York State United Teachers, the parent union of the city United Federation of Teachers. Sure looks like quid pro quo with a special interest, doesn’t it?

She’s made a show of being pro-charter by proposing a 4.7% boost in charter funding. Asked why that’s markedly less than the 7% she wants for regular public schools, she “explains” that charters already make do with less and supposedly face fewer expenses.

Charters are growing because they do a better job. Students in SUNY-approved NYC charters vastly outperform their peers in Department of Education schools on the state’s English and math exams.

The union answer to that: Remove SUNY’s power to OK charters! It has Assembly Education Committee Chairman Michael Benedetto (D-Bx.), a former teacher and UFT member, pushing a bill to do that.

And when it comes to the cap, he tells The Post, “The status quo is going to be maintained.”

Missing in action here is the mayor: He needs to put his “swagger” to use on behalf of city children to move Hochul and his former colleagues in the Legislature. He wants to do the right thing with DOE schools, but if the unions can crush the charters they’ll be free to frustrate all his plans.

Adams knows full well that charters are immensely popular with his base, the black and Hispanic parents furious at the failings of DOE schools. And he doesn’t owe the UFT a thing.

Yes, the mayor has a big Albany agenda, but the kids have to be part of it. He needs to put Hochul on notice that he can’t support her if she puts the special interests first.

If you’re vaxxed, you’re more likely to be killed by lightning than die of COVID: study

What Is the Great Reset?