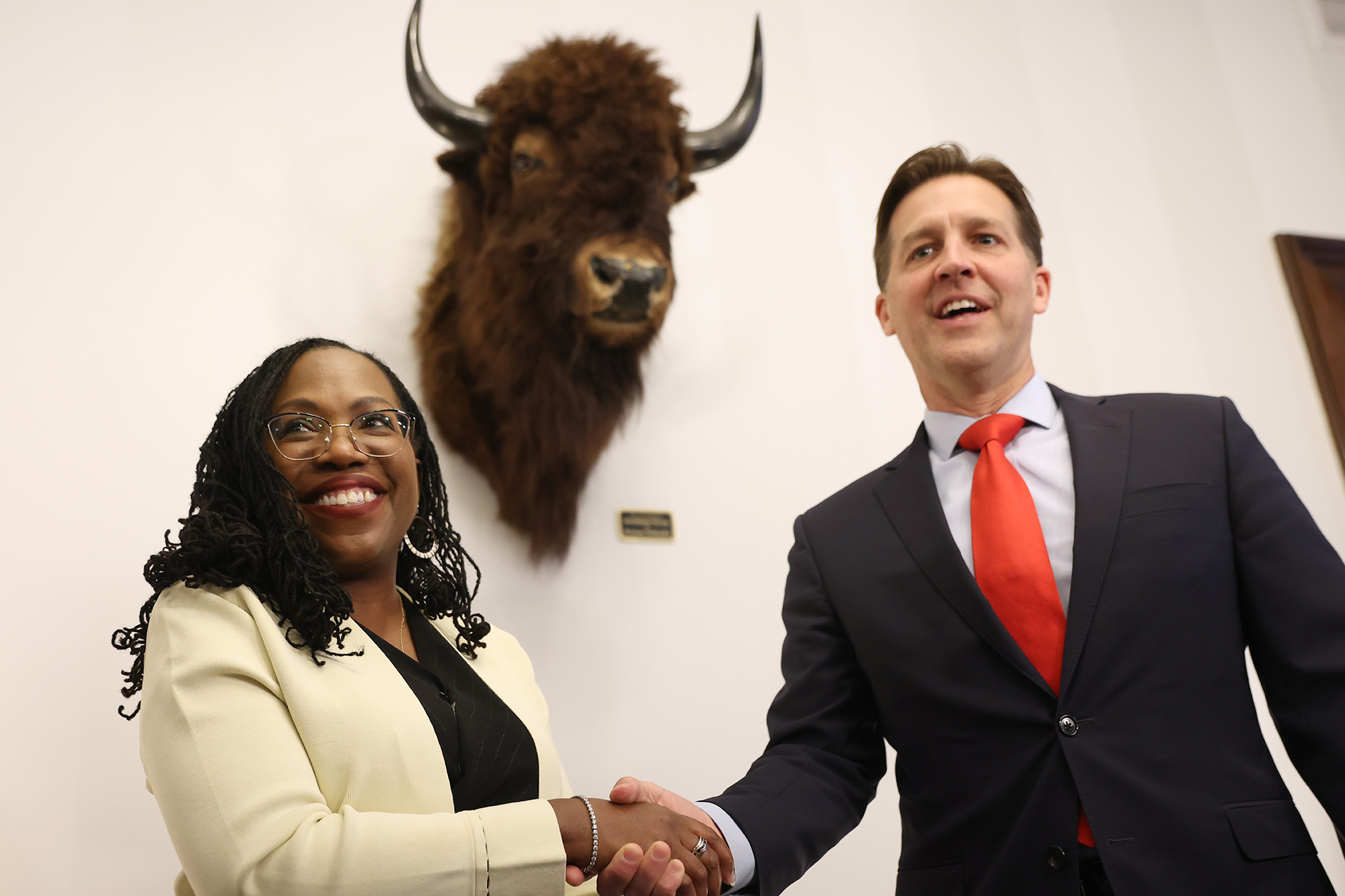 Pollster: Get Cameras in the Supreme Court

“Now is the time to build long-term trust in the Supreme Court by permitting cameras in the courtroom,” argues Robert Green at The Hill. Sen. Ben Sasse rightly flagged the “jackassery” of his colleagues in the televised confirmation hearings for Judge Ketanji Brown Jackson, but “it’s not the cameras that make senators appear to be jackasses,” but “how they behave in front of cameras.” Consider the success of live audio of high-court oral arguments, a particular hit with millennials: 58% say the audio has “provided them a more favorable view” of the court. Why? “What the court does day-to-day during oral arguments is not jackassery nor is it likely to become so,” as the proceedings center on “Constitutional rights and law that the high court must resolve.” So adding cameras would “build long-term trust in the Supreme Court.”

Neocon: Putin-Ukraine Is Not the US-Iraq

“Moscow’s strategic ineptitude along with mounting proof that Russia is committing systematic atrocities inside Ukraine” should prevent comparisons to the Iraq War, notes Commentary’s Noah Rothman. But big names on all sides “just can’t help themselves.” In reality, “U.S. forces remain on the ground in Iraq at the invitation of a friendly government in control of the whole of its sovereign territory”: Putin “could only hope to fail . . . with such aplomb.” Yes, “if your only living memory of a popular insurgency is the one that materialized in Anbar Province” you might dismiss “as inconceivable the scale of the resistance Russia is encountering.” Still, “it must be satisfying to project that failure of imagination onto everyone else.”

“Since pandemic restrictions began to recede in mid-2020, states led by Republican governors and state legislatures have been engines of economic dynamism,” Monica Crowley observes at Newsweek. “Month after month, red states have outperformed the national economic recovery and . . . their blue state counterparts.” Thanks to pro-growth policies like “lower taxes, fewer regulatory burdens, no mandates and greater individual liberty,” red states are back to “their pre-pandemic employment numbers” with residents “seeing higher incomes.” No wonder “Americans are fleeing Democrat states in droves for those run by Republicans.” Come November, voters will “make it abundantly clear they want the red state model for the rest of the country,” too.

Democrats like Sen. Liz Warren and President Biden claim they want to tax only the super-rich, but raising the revenue they want requires taxing “the working rich” too, warns Reason’s Liz Wolfe. E.g., Warren touts $3.75 trillion in revenue over 10 years via a 2% tax on ultra-millionaires’ worth, but her spending plans would cost $30 trillion. And the working rich — “high-earning white-collar professionals in large and mid-sized cities” — are “precisely the people we want to keep doing what they’re doing”; taxing their wealth will only discourage them. They also increasingly make up the left’s base, so threatening “this group’s bottom line would be a huge problem” for Democrats who hope to win elections.

Culture critic: Donne Is Not Done

“Don’t cancel John Donne’s poetry,” implores Francesca Peacock at Spectator World. The “metaphysical priest-poet” is “being attacked as a colonialist but his work was far more complex and erotic than that.” The debate over his elegy “To His Mistress Going to Bed,” in particular, “has reached absurdly over-fraught levels.” The narrator gushes of his lover, “O my America! my new-found land,” just one of many “images of imperialism” in Donne’s work. Is it “a horrible metaphor for unbridled, damaging and rapacious lust” that’s not “fit to be read in the twenty-first century”? Please. Yes, “Donne’s images” might “be uncomfortable to modern readers,” but they’re “also brilliant moments of alchemy.” Just “look at the poetry”: “Political realities are mocked and undermined as sexual possibilities.” It’s “edgy, dangerous stuff” we should “embrace,” not ignore.

Abolish the CDC and NIH