My light blue surgical mask matched my well-worn hospital scrubs, and a black stethoscope hung around my neck as I waded through COVID-19 patients during the deadly Delta wave. I had only been on staff for a week at a small E.R. in the dry, rolling hills of eastern Washington when Gov. Jay Inslee mandated the vaccine for all health care workers. Two nurses behind me scoffed about “anti-vaxxers,” not surprising given their tone when discussing unvaccinated patients. I turned in my chair, stood up, and explained exactly why I would continue to refuse. Mask off.

Now, after one COVID-19 layoff, two vaccine-related job losses, and nearly three years unemployed, I’m finally returning to work as a physician assistant. Not in an emergency department on the west coast, where I spent my entire career, but in a quiet office in Florida not subject to vaccine mandates. I will not even be smothered by a mask.

An ideological schism has formed between health care providers advocating for an evidence-based, human-rights-driven approach to the pandemic and those who remain Establishment loyalists. Many professionals, once well-versed in an individual’s right to privacy and bodily autonomy, have become fervent supporters of a monolithic, bureaucratic machine that has ignored fundamental tenets of established science. This division has the potential to impact both access to medical services and the quality of care available, if not creating completely different protocols and practices between health care communities.

How did this happen so quickly?

From the beginning of the pandemic, scientists and health care providers attempting to speak out against absurd mitigation efforts were met with harsh media criticism, deplatforming from social media, and suspension by hospitals and licensing boards. Even using an anonymous Twitter account made me nervous. Charges of “unprofessional behavior,” “endangering the public (pdf),” and “spreading misinformation (pdf)” were all used to achieve a singular, acceptable narrative.

Silencing and purging dissent, hallmarks of authoritarianism, go against every norm in the medical and scientific communities, which typically enjoy rigorous debate. What should have been a collegial discussion about best practices for the unusual presentation of severe SARS-CoV-2 infection quickly became blind adherence to edicts from on high.

Between the time “The Science” was declared and actual research caught up, confusion and fear surrounding the virus created an atmosphere of resignation and mass acceptance of anything that might return normalcy to daily life. This manufactured consent was swiftly applied to vaccine mandates and digital health passports, a terrifying panacea. Once Emergency Use Authorization was achieved, government intrusion into the medical decisions of millions of Americans was somehow normalized.

Fifteen states implemented COVID-19 vaccine requirements in health care settings, and the federal government enacted the Centers for Medicare and Medicaid Services (CMS) mandate (pdf) for all hospitals nationwide, essentially holding payments hostage to ensure compliance. The result was the resignation or termination of thousands of health care workers, myself included.

Ultimately, the CMS mandate killed my E.R. job in Florida. I was not offered the chance for an exemption, and I was unemployed for another six months. Even in more conservative “safe zones,” regions that shunned mask mandates and vaccine passports, institutional policy is still reliant on key decision-makers.

Imagine being forced to travel across state lines for a life-saving surgery that was denied due to vaccination status, or simply to be seen by a provider at all. California recently reduced the waiting period for physician-assisted suicide in the terminally ill from 15 days to only two. If another deadly SARS-CoV-2 variant emerged or the climate change and social equity agendas were used in a similar fashion, could euthanasia be quasi-mandated? Could “Codes of Professional Conduct” dictate that the “greater good” trumps individual decisions?

These scenarios may seem far-fetched, but so did a globally coordinated pandemic response that violated the basic rights of billions of people just two years ago. Nonsensical emergency mandates declared by governments around the world have felt like a psychological experiment on the grandest scale imaginable, a war for the mind ghoulishly engineered in Madison Avenue skyscrapers and underground military bunkers. And it shows no signs of stopping.

Even as some mask and vaccine mandates are easing, massive acceptance still lingers. The blossoming Biosecurity State, delivered inside the Trojan Horse of health care, is the Establishment’s new War on Terror. Only now, everyone poses an equal threat. Pick your authoritarian “-ism” from a grab bag of history’s most notorious regimes. This dystopian nightmare could put them all to shame.

The same coordinated effort required to install this biosecurity apparatus will be required to uninstall it. The time to act is now.

The architecture is already in place. 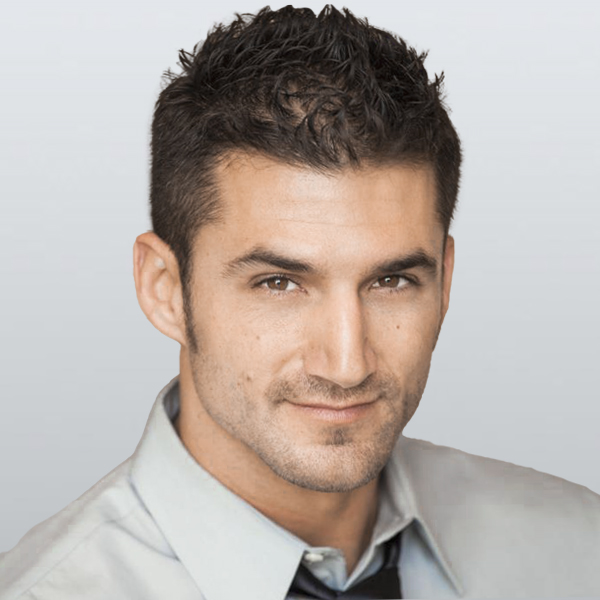 Cody Wissenbach is an emergency medicine physician assistant, writer, and Brazilian Jiu Jitsu enthusiast currently living in Florida with his wife and daughter. He can be found on Twitter @CodyElijah1 and codyelijah.substack.com.

On the Threshold of Global Tax Tyranny

Of Mules and Donkeys