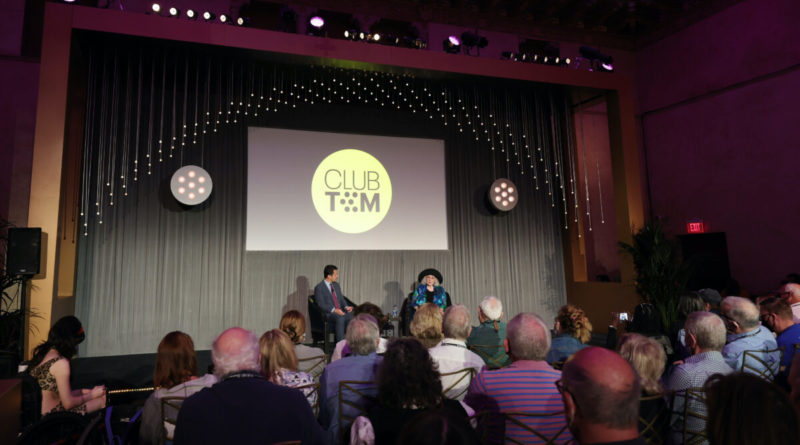 The Turner Classic Movies (TCM) Classic Film Festival has attracted a large number of impressive guest stars since it started twelve years ago. When I attended the film festival in April 2022, it was no different. However, between the first festival in 2010 and the latest edition of the popular old movie fest in Hollywood, most of the remaining celebrities from the Golden Era of Hollywood have died, sadly. I prioritized seeing the events with the few stars from my favorite era of entertainment (1930s to 50s) in attendance.

One of these was Piper Laurie, an actress who made her screen debut in 1950. The now 90-year-old actress made a series of unsubstantial movies at Universal Pictures in the early 1950s before breaking her contract and moving to New York to pursue more serious acting jobs. One of the movies she made during her early years in Hollywood was “Has Anybody Seen My Gal” from 1952, which also starred Rock Hudson and Charles Coburn. This movie, as well as Laurie’s better-known film “The Hustler” (1961), was screened at TCM’s film festival in 2022. I attended the screening of the 1952 film on the festival’s fourth and final day.

Before the movie began, popular TCM host Ben Mankiewicz interviewed the vibrant-looking Piper Laurie about her life during and after her years at Universal Studios. The veteran actress’s reminiscences were a poignant insight into how she has chosen to live her life. I found that her real-life journey was remarkably similar to the message of this film.

“Has Anybody Seen My Gal” is a playful comedy set in the 1920s. It follows grumpy old New York millionaire Samuel Fulton (Coburn), who has no family or friends. When making his will, he wants to leave his fortune to the family of his only love, Millicent, whose breaking of their engagement inspired him to achieve huge success in business. He decides to visit her heirs to determine how the wealth would affect them. Posing as John Smith, he visits the late Millicent’s daughter, Harriet Blaisdell (Lynn Bari), and her family, which includes husband Charles (Larry Gates), son Howard (William Reynolds), younger daughter Roberta (Gigi Perreau), and lovely older daughter Millie (Laurie).

Fulton convinces them to take him as a border, and he begins working at the father’s drugstore. The family has a good life in their small town, but Harriet is not content with the simple lifestyle. She desperately wants Millie to marry Carl Pennock (Skip Homeier), a wealthy young man who could give her daughter all the material things Harriet never had. However, Millie is in love with Dan Stebbins (Hudson), a fine young soda jerk at her father’s store. Fulton puts his new friends to the test when he secretly gives them $100,000. The money sends the family into a turmoil as Harriet tries to propel them to the upper class. The Blaisdells may find out that money can buy a lot of trouble.

One of this movie’s central marketing points was its setting in the 1920s. It includes all the stereotypes about the Roaring Twenties, including flapper dresses, speakeasies, flasks, bobbed hair for girls, raccoon coats for men, rolled-down stockings to reveal painted knees, and jazz music. Because of this, there’s much greater historical accuracy in the costuming, set design, and technology than many other 1940s-50s productions. This is refreshing because, although they are wonderful movies, many classic films basically ignored the fashion trends of earlier decades in period pieces, using modern clothing. This isn’t the case with “Has Anybody Seen My Gal,” since the social and cultural dynamics of the 1920s’ Flaming Youth are a focal point of the story. The main costume inaccuracy is that 1950s undergarments were clearly used under the ladies’ clothes to maintain an attractively supported figure, which was not the trend of the boyish 1920s modes. Similarly, the 1950s moral content standards for films undergirds the movie’s story, keeping the more salacious details of Flaming Youth under control.

Piper Laurie was seventeen years old when she signed a contract with Universal Pictures in 1949. Changing her birthname, Rosetta Jacobs, to Piper Laurie was a decision she later regretted, since, according to IMDb, she would grow to believe that the name hindered her being taken seriously as an actress. She made her debut in “Louisa” (1950), which starred her acting mentor and short-lived paramour Ronald Reagan. After that, she made fourteen more films at Universal, acting opposite the likes of Tony Curtis, Julie Adams, and Donald O’Connor, before breaking her contract in 1955. With each film she made, she grew increasingly frustrated with the shallow stories and bland characters she was given. She also was disgusted by the silly publicity which was used to glamorize her image, such as the news item that she bathed in milk and ate gardenia petals to maintain her complexion. Fed up, she finally told her agent, “They can throw me in jail, sue me, I don’t care what it is. I’m never working again until I can do something that I have some respect for.”

At the TCM presentation, Piper Laurie recalled how crazy everyone thought she was to leave a successful Hollywood career and a contract which paid $2000 a week. However, she didn’t care what people thought, and she didn’t mind making sacrifices for a career she could find enjoyable and challenging. Moving to New York in pursuit of serious acting, she learned to be very frugal, which she recounted in a 1990 interview was a quality she has maintained since then so she can always have freedom in her career choices.

Laurie’s acting jobs in New York mainly consisted of plays, some performed on the stage and others on television. She wouldn’t return to the Hollywood scene until she made “The Hustler” opposite Paul Newman and Jackie Gleason in 1961. This was the dramatic break she’d wanted, and her performance earned an Academy Award nomination for Best Actress. After that, however, she wouldn’t make another movie for several years, instead focusing on her marriage and raising her daughter. When she did return to the screen, it was in “Carrie” (1978) as the title character’s mother. Since then, she has appeared in many varied works in film and television, always following her instincts rather than dollar signs.

The character of Millie Blaisdell is ironically similar to Piper Laurie in real life, since she values personal happiness over worldly goods and wants to follow her heart instead of chasing riches. This movie has an important message about the power yet emptiness of money, as evidenced by the Blaisdells’ experience. As if they had won the lottery, the middle-class family is catapulted into the upper echelon by the windfall. They spend their newfound fortune extravagantly, living like and even calling themselves millionaires. This is not only disastrous for their personal lives but dangerous financially, since the $100,000 wouldn’t last long at their rate of spending.

Just as Piper would realize in real life she wasn’t satisfied under contract at Universal Pictures, Millie realizes how empty the high society life her mother craves for her is. Even after achieving success as a serious actress with “The Hustler,” Piper was unafraid to set acting aside to focus on her family instead, just as Millie knows she wants to be with Dan even if it means being penniless her whole life. Both the real-life actress and her fictional character remind us that our dreams, happiness, and ethics shouldn’t be for sale at any price.

If you would like to watch a fun early foray in the careers of Piper Laurie and Rock Hudson, with songs, laughter, wholesome content, and a good message, look no further than “Has Anybody Seen My Gal!” 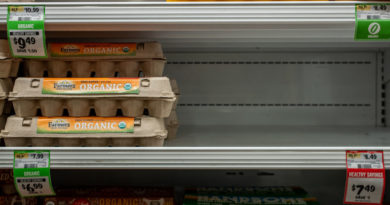 The Disturbing Details Behind the Bird Flu and Egg Prices