Just over a week ago, the Hong Kong Police and National Security Law threatened a foreign national, living outside Hong Kong, and a foreign-registered charity, based in London, with a fine of US$13,000 and anything between a year and life imprisonment, if they did not take down their website—run out of the United Kingdom—within 72 hours of receipt of their letters.

In addition to it being shocking that the Hong Kong authorities, clearly acting on the instructions of their puppet-masters in the Chinese Communist Party (CCP) regime in Beijing, should try to silence a British organization and a British activist, the charges and the threat are patently laughable. As one distinguished former British politician said in reaction to hearing about this: “Oh they are such idiots.”

The Chinese regime is not always an idiot—sometimes it can be dangerously clever, and I do not underestimate it. But in this instance it is, for two specific reasons.

First, the individual and organization concerned are accused of the crime of “collusion” with foreign political forces, even though they are foreign-based and might themselves constitute a “foreign force.”Are they colluding with themselves? With their own democratically-elected representatives?

Second, because the individual targeted was already denied entry to Hong Kong in October 2017 and, therefore, effectively banned from the city and China.

How can I be so sure? Because the individual concerned is me, and the organization targeted is Hong Kong Watch, which I co-founded in December 2017.

In October 2017, I believe that I became the first Westerner to be refused entry, rather publicly, to Hong Kong on the direct orders of Beijing. The incident caused a media and diplomatic storm, and Hong Kong’s Chief Executive Carrie Lam, Beijing’s puppet-extraordinaire, accused me of being a serious threat to China’s national security.

Four and a half years later, I have become the first foreign national to be targeted under the draconian National Security Law imposed on Hong Kong two years ago, and Hong Kong Watch, the advocacy group I lead, is the first such foreign organization to be targeted.

There are several implications one can deduce from this.

First, the CCP and its quislings in Hong Kong are suffering a truly major insecurity complex. They need serious psychiatric counselling. They want the world to believe that China is the world’s new superpower, yet they are terrified of one activist working with limited resources from his home in a suburb in London, and an organization that relies on the dedication of our team even more than the donations in our bank account.

Second, we in Hong Kong Watch take it, with all humility, as a badge of honor. While Hong Kong Watch has expanded rapidly in four years—from one part-time employee to a team of eight staff, a wide range of very eminent patrons, distinguished advisers and trustees in London, Washington, Ottawa, and with growing impact on policymakers across the European Union, the United Nations, Australia, New Zealand, and beyond—and while we have achieved some very significant policy breakthroughs, we are a tiny and young group simply chiseling away at our mission, to ensure that the world stands up, speaks out, and acts to help Hong Kong.

But we are like David against Goliath. And yet in the back of our minds is always the memory that although Goliath was big, David showed that if you aim carefully, just one shot from a slingshot can change the world. The bullies and butchers in Beijing know that, and that’s why they’re trying to shut us down.

Third, in practice there is little the Chinese or Hong Kong authorities can do to action their ludicrous charges against me or Hong Kong Watch in the United Kingdom. They can send harassing and intimidating letters and messages to me, my neighbors, my mother, my employers, and my associates, but they have been doing that for the past four years, so we are kind of getting used to it. We should not be, living in a free society, but that’s the nature of the fight for freedom. So we must not and will not be silenced. Now more than ever, we must use our voices to speak out for those in Hong Kong who can no longer speak out.

Fourth, although the dangers to us are minimal, and we will not be scared into silence, we must not be naïve. What the CCP and its Hong Kong henchmen have done to me and my team at Hong Kong Watch, they could do now to anyone.

The regime never just picks off one activist or one organization. As we can see from Hong Kong over the past two years, it has dismantled civil society, independent media, pro-democracy opposition, trade unions, academic freedom, freedom of protest, freedom of expression, and are now poised to attack religious freedom.

In the same way, if the free world—through our apathy, naivety, materialism, greed, or stupidity—lets it, the CCP will go after others. The attack on me and Hong Kong Watch is just a test case.

If our governments are limp in their response, then other foreign civil society groups, media organizations, websites, politicians, and critics will become targets. And of course, several Western legislators have already been sanctioned, exiled dissidents threatened, and activists harassed, so the trajectory is clear.

Unless we stand up to these threats, Xi Jinping will accelerate his steamroller throughout the free world. Where Vladimir Putin’s guns, tanks, and bombs may have stalled in their impact in Ukraine–despite huge human carnage and tragedy—Xi’s quiet thuggery may break through, if we do not wake up and stand up to it.

We need to completely recalibrate our China policy. In the past few years, across the world, there has been to varying degrees, a reawakening and the beginnings of a rethink, and that is welcome. But we need the free, democratic world to come together—as we have done, at the eleventh hour, in response to Putin’s invasion of Ukraine—to respond to the challenge from Beijing.

Let me take you through a few key steps.

In specific response to the case my colleagues and I face, we want the free world to speak out and act as one. We hugely welcome the statement by the UK Foreign Secretary Liz Truss, we deeply appreciate the initiative of the Canadian High Commission in London to convene a briefing for diplomats from several missions—and their desire to publicize their support. We have received many expressions of support from politicians around the world, which we truly treasure.

But there are two things those governments that support us could do.

First, the Commonwealth nations that have judges still sitting in a sadly, deeply compromised judicial system in Hong Kong should withdraw. That means all British, Australian, and Canadian judges currently sitting as Non-Permanent judges in Hong Kong’s Court of Final Appeal.

After all, how can British judges sit in a foreign court that potentially hauls a British citizen from his home to London to a court almost 6,000 miles away on spurious charges under a dubious draconian law imposed on the city without any transparency or due process?

Even if it is unlikely that France, Spain, Portugal, Greece, Belgium, and Italy, among others, would extradite a British citizen to Beijing—even despite Brexit—it is not unrealistic to be concerned that these, and a few other European countries, might hold me up, detain me, inconvenience me at the airport if Hong Kong has abused the Interpol system with a “red notice.”

As Bill Browder, Putin’s number one worldwide critic, has experienced, this seemingly far-fetched idea is not beyond the realms of possibility. Having already been deported twice from Burma (Myanmar) and once from Hong Kong, I really do not want to get detained when I go on holiday to Italy, or Greece, or for advocacy meetings in Brussels, Paris, Berlin, or Geneva.

So to cut to the chase, no democracy in the world, if it values freedom, human rights, the rule of law, or human dignity, should have an extradition agreement with either China or Hong Kong, and all should pressure Interpol to reform its system. And it is not just about me or Hong Kong Watch. Far more importantly, this relates to many Hong Kong, Uyghur, Tibetan, and Uyghur activists in exile.

Third, the world should be helping Hongkongers get out of Hong Kong, if they wish to. Britain has taken a lead and Hong Kong Watch has pioneered this cause. Canada, Australia, and the United States have taken some steps, which we welcome. But they must do more, and others—especially the European Union—must follow. Let’s help coordinate a worldwide lifeboat scheme that helps Hongkongers who need to leave Hong Kong to land in a safe space and build a secure future.

But I also know that law is one of the most ludicrous, stupid, dangerous, draconian, and idiotic laws I have ever seen, and a law for which I have no respect at all. I have respect for the rule of law. I do not respect rule by law, especially when it’s mad law, and that’s what this is.

You have three choices.

Either you stay silent, pretend that this isn’t your issue, hope it goes away.

Second, you stay neutral. But as the late Archbishop Desmond Tutu once said: “If you are neutral in situations of injustice, you have chosen the side of the oppressor. If an elephant has its foot on the tail of a mouse and you say that you are neutral, the mouse will not appreciate your neutrality.”

Neutrality is comfortable, convenient, uncomplicated but it is not uncostly. Remember that.

Third, do you have a conscience? And does yours, like mine, very annoyingly keep you awake at night? Mine is deeply irritating because it constantly interrupts me when I am doing much happier and more relaxing activities. It’s a nuisance. But I try to listen to mine. I hope you listen to yours.

I doubt I will ever go to jail or be fined, and that’s not what this is about. It is about a point of principle. Are we determined to defend our freedoms? Or not? Will we speak out, despite the costs? Or will we leave it to others? And will we support others when they do? How much do we treasure our freedoms, for ourselves and for others?

On these questions, our entire future hangs. 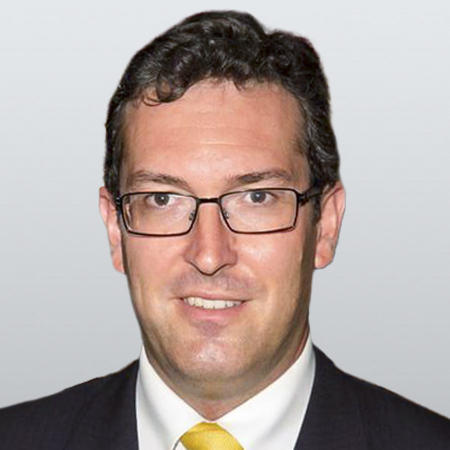 Benedict Rogers is a human rights activist and writer. He is the co-founder and chief executive of Hong Kong Watch, senior analyst for East Asia at the international human rights organization CSW, co-founder and deputy chair of the UK Conservative Party Human Rights Commission, and member of the advisory group of the Inter-Parliamentary Alliance on China (IPAC), the International Coalition to End Transplant Abuse in China, and the Stop Uyghur Genocide Campaign.

Put the Pacific Into NATO: NAPTO